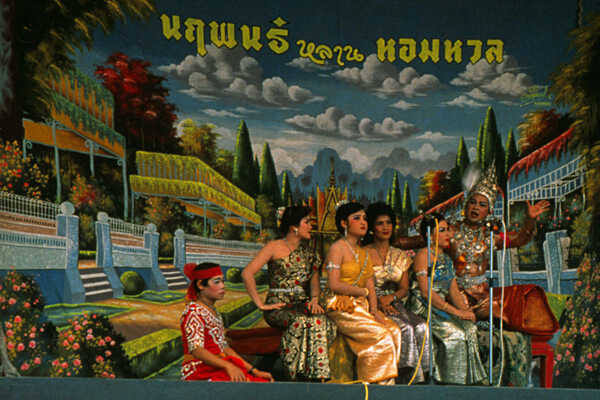 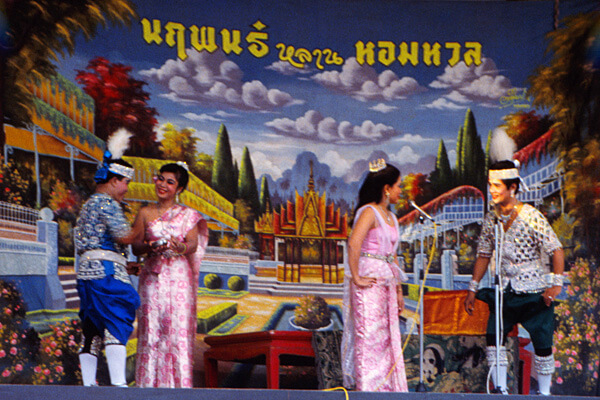 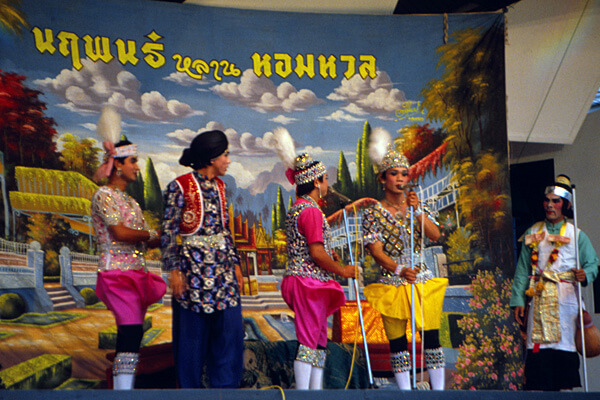 Likay may still be the most popular form of folk theatre in Thailand. It is performed on temporary stages at temple fairs and at other communal festivities as well as on permanent stages. The sets consist of garishly painted backdrops portraying, for example, palace halls, gardens, or forests. The costumes are a blend of different epochs with glittering sequins, synthetic brocades, and the men’s plumed headdresses, all lending an unreal fairytale flavour to the whole. Likay is accompanied by a piphad like, which is a variation of the traditional piphad orchestra. Traditionally, the show starts with a long overture at around 8 pm and ends at around midnight.

The origin of likay is unclear. There is a theory that it was introduced to Thailand in 1880 but this is now questioned. It is clear that likay has received influences from the performance style of the Malay Peninsula as well from India, but how and when it happened is not known. For decades it also assimilated elements from the Chinese minority as well from the Mons. Thus it seems that this folk entertainment adapted itself to various circumstances while it spread around the country. Thus the likay’s music, histrionic techniques, and costumes include Indian and Malay elements, among others.

The plots may sometimes be borrowed from the lakhon repertoire, but they are mostly quasi-historical melodramas with separated lovers, children who are lost and then unexpectedly found, amorous intrigues, and such similar material. The actors rarely have any extensive degree of training, and the classical dance numbers are usually only alluded to. Microphones are used for the lines, and the serious lyric verses are sung. Various time levels may be intermingled. Thus a modern Louis Vuitton suitcase or a Rolex imitation watch may appear in a historical story, giving satirical or even absurd connotations to the whole. 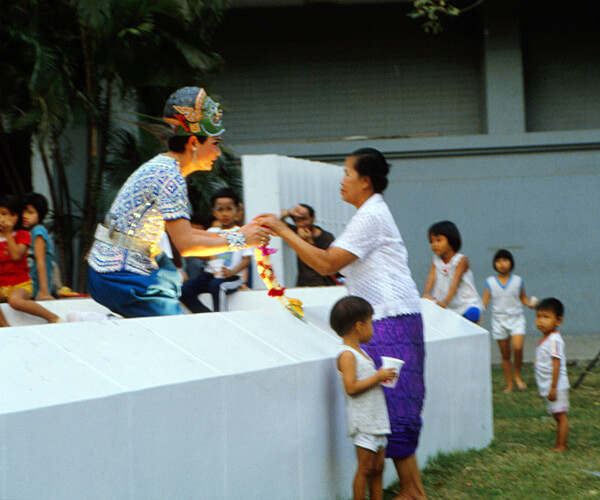 A likay fan gives a garland stuffed with banknotes to his favourite actor Jukka O. Miettinen 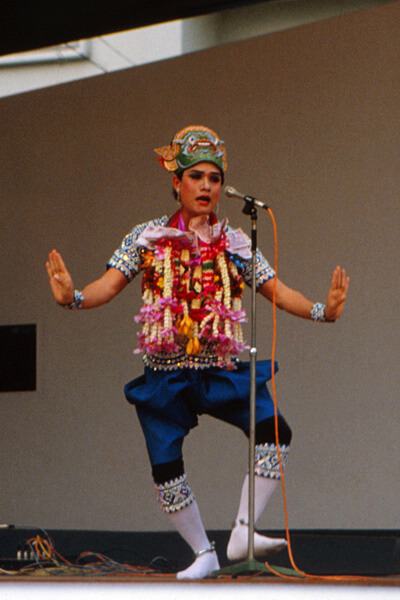 Likay was originally performed by an all-male cast, but now female roles are mostly played by actresses. However, kratoy or transvestite actors are also popular. The contact between the actors and the audience is very close, as the actors often flirtingly address their lines directly to the spectators. The most ardent likay fans may, in the middle of the performance, offer their favourites garlands stuffed with bank notes. 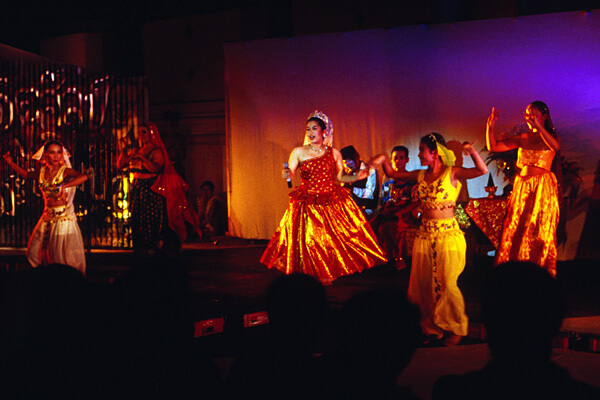 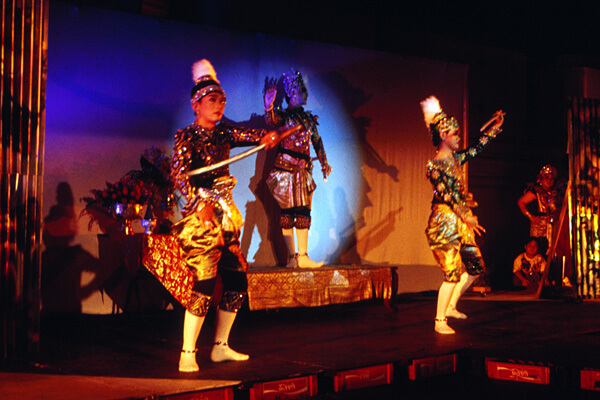 At the height of its popularity, likay was performed in several competing theatres in Bangkok, but towards the end of the twentieth century it could mainly be seen on temporary stages at temple fairs or amusement centres. As flexible folk art, likay can be adapted for different purposes. It has been used to serve political ends, while charismatic stars still dominate the glittering world of likay.