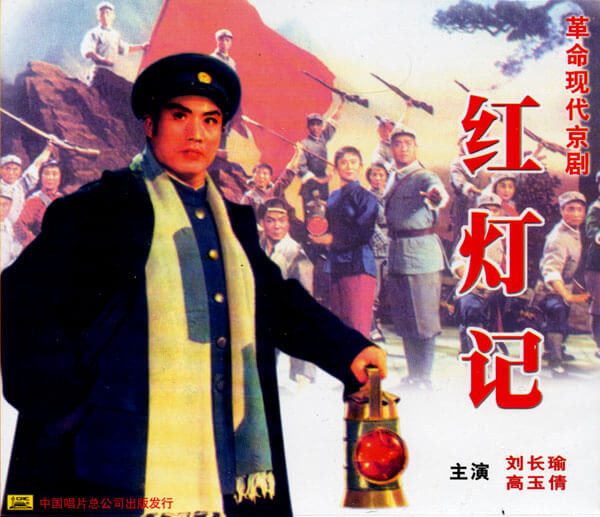 A scene from the revolutionary model opera, The Red Lantern. The Archives of Finland–China Society

This model opera tells about three revolutionaries. The leading character is a middle-aged railway worker, Li, who earlier took part in a strike. During the strikers’ riots he adopted an orphaned young girl. Li also invites an elderly woman who became a widow during the riots to live with him. They live together like a family. When the war with Japan starts, Li acts as a Communist agent. The opera tells about his attempt to deliver a secret message to the Communist guerrillas. A Japanese officer, who gets a hint about his attempt, imprisons Li, the old woman and the girl. None of them reveal the message and thus the Japanese start to torture them. They kill Li and the woman in front of the girl who, however, keeps her secret. Finally, the girl is released and she is able to deliver the secret message.