The Legacy of Hué

In the historical context outlined above, it is only natural that Chinese influence has been prominent in Vietnamese theatrical traditions since the times of the Indian-influenced Champa kingdoms. According to oral tradition, a Vietnamese ruler of the early eleventh century employed a Chinese actor to teach his court actors the art of “Chinese satirical theatre”. It is not known, however, what was exactly meant by this term. 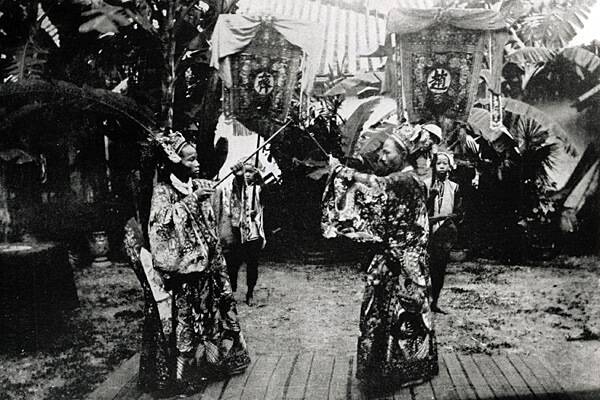 Not later than the time of the Mongol invasion in the late thirteenth century, the Vietnamese adopted Chinese opera. It is known that Vietnamese soldiers captured a Chinese opera troupe, and some of the imprisoned actors were employed to teach their art to the local actors. This tradition was continued at the court of Hué. The originally Chinese forms of court dance and temple rituals were also transplanted to Hué.