It is believed that the exorcism rituals of Sri Lanka stem from a folk religion brought to the island from India at some time during the 5th or 6th century AD. The shaman priests communicate with the personified supernatural forces of the mainly non-Buddhist belief-system, such as various gods, planetary spirits and, particularly, demons. These exorcism rituals mainly belong to the “low-country” traditions of Sri Lanka’s coastal areas. 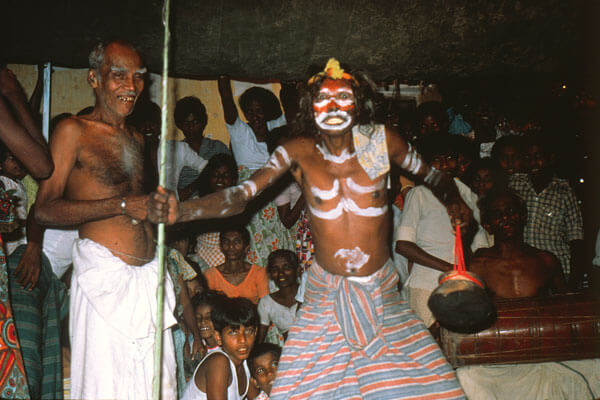 A demon character with a painted face in a tovil ritual Jukka O. Miettinen 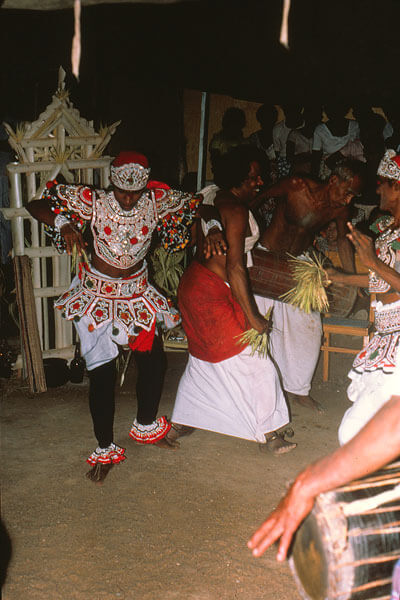 Buddha is often venerated in the preliminary or final ceremonies, although these rituals, which include dances, acrobatics, pyrotechnics and short plays, mostly deal with the animistic strata of the island’s belief-system, which includes no less than 78,000 demons.

These night-long events include animal sacrificies and other offerings. The stage, the temporary altar and the costumes are mainly made of natural materials, such as fibre and leaves. Colourful masks made of wood and other natural materials are often used.

The theatrical features include various dances, and short, often comic slapstick scenes. However, in some of the traditions there can be a loose plot connecting these numbers with each other. In the most powerful ceremonies the performer or some of the audience may experience trances.

Tovil, Communication with the Spirit world

Tovil refers to a group of different rituals aiming to communicate with demons or departed beings. It comprises many dances, which are named after the specific demon with which contact is made. The departed persons often appear in the forms of various animals, wearing animal masks. The demon characters in some forms of tovil are also masked. 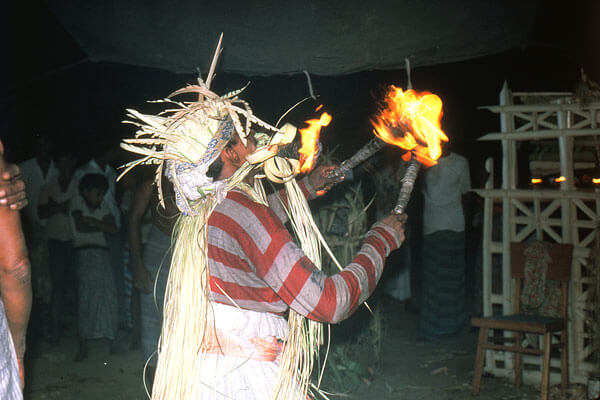 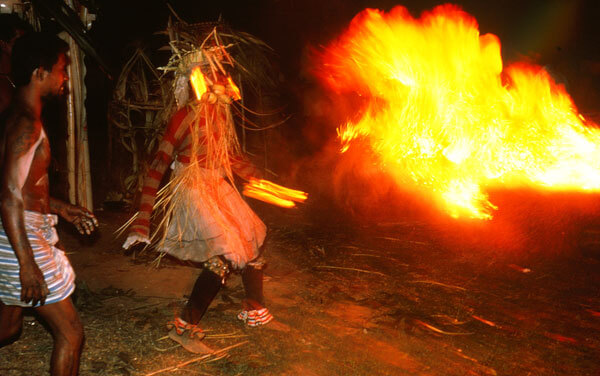 Pyrotechnics are part of the shock effects of the tovil rituals Jukka O. Miettinen 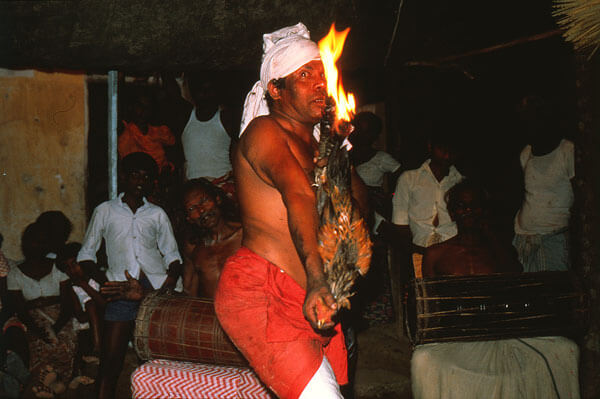 The patient is killing a cock during a tovil ceremony Jukka O. Miettinen 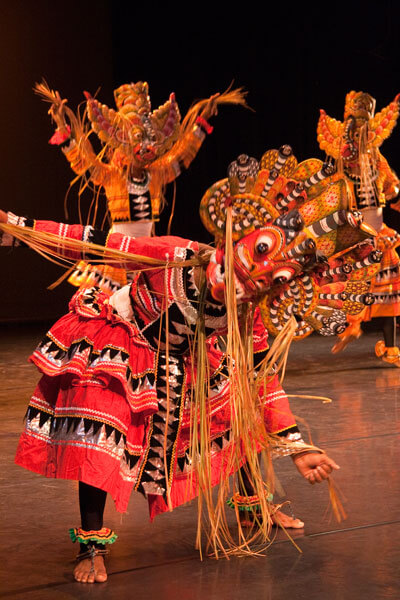 The war between garuda birds and snake spirits is part of several mask traditions in Sri Lanka Jukka O. Miettinen

There are several reasons for staging a tovil ritual. It may be aimed to protect an individual or community against negative forces. It may also have a direct curative function. It is believed that putting on a performance with elaborate offering ceremonies for demons or deceased persons has a pacifying effect on these frightening and destructive forces.

A tovil ritual requires at least three performers, a shaman priest, a dancer and a drummer. The shaman, a specialist exorcist, leads the ceremony, while the dancer impersonates the negative force. The demon characters sometimes wear masks but their faces are often covered with ghastly make-up.

The exorcist also relies on humour, and his improvised lines directed at the demon often include wit and even bawdy humour. It is common that the patient, the person for whom the ritual is arranged, goes into a cataleptic trance. It is not uncommon that he even bites the neck of the cock that is offered to the demon, until he is covered with its blood.

Sanni (disease) rituals aim to heal a sick person. Dance, music, pantomime, dialogue, and pyrotechnics are employed in these all-night performances accompanied by energetic drum music. The diseases are embodied by dancers wearing masks according to the conventions of the traditional classification of illnesses.

The sanni ritual takes place in an open arena-like space, which symbolises the forest of the demons. It is divided into different compartments by tree trunks, which are connected with each other by crossbeams. The structure as a whole is decorated with ritual strips of banana stems, leaves, flowers and strips of cloth.

Inside the round arena there are smaller platforms and thrones for various gods and demons. In front of the arena is a rectangular area and in the middle of it is the seat of the chief of the sanni demons. The seat of the actual patient is in the centre of the arena.

The Structure of a Sanni Ritual

Before the actual healing ritual, the patient’s illness must be diagnosed. This is done by the main shaman, or the leader of the performance (yakadura), who determines which demon is causing the patient’s disease. He also schedules the healing ritual for an auspicious day. 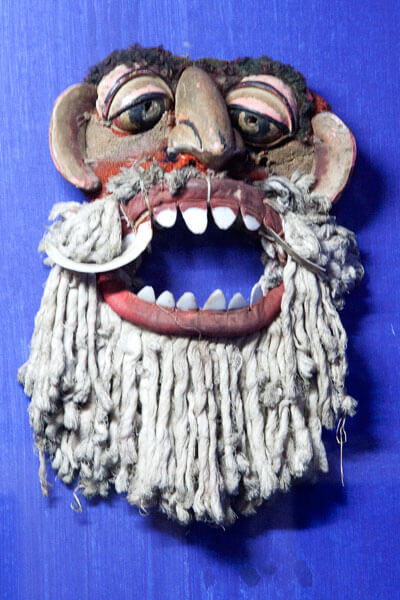 One of the paliya demons of the introductory section of a sanni ritual, Colombo Museum Jukka O. Miettinen

The actual sanni ritual begins with various preliminary rituals, which include ritual offerings, the chanting of mantras, and a specific dance to indicate the acceptance of the gift from the patient. The various demon figures introduce themselves by dialogue and dance. In the second part various demons wearing a certain type of mask (pali) perform eight dances in order to invite the actual sanni disease demons to participate in the ritual.

In the next stage of the ritual the sanni disease demons make their appearance one after another. Each of the illnesses is characterised by its specific dances, masks, and drum beats. Finally the disease demon that is believed to be the cause of the patient’s illness approaches the patient.

The strategy of healing is based on the humiliation of the disease demon. This is done by the exorcist, whose dialogue with the demon aims to ridicule the disease demon. Some demons appear with burning torches in their hands on which powdered resin is thrown, which creates dramatic pyrotechnic effects. 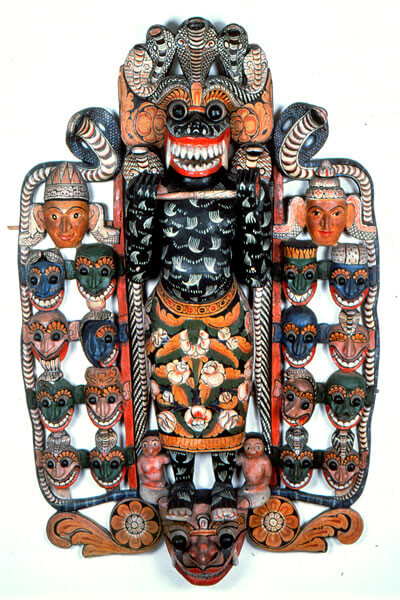 The huge mask of Kola Sanniya, or the chief of the disease demons, combines all the disease masks in miniature, Colombo Museum Jukka O. Miettinen

The climax of the ritual is the dramatic appearance of Kola Sanniya, the chief of all the disease demons. His large mask is decorated with miniature masks depicting all the disease demons of the sanni system. He also employs pyrotechnics in his dynamic episode. Finally he approaches the patient to give his blessings.

With its shock effects, humour, dramatic tricks, and various forms of performing techniques sanni aims to create a cathartic effect, which is assumed to have a therapeutic effect on the patient.

The Mask System of Sanni

It is generally agreed that the sanni mask system covers eighteen different diseases. However, the classification of the illnesses is not exactly the same in all of sanni’s regional variants. The illnesses are manifested by the performer’s drumbeat and dance and particularly by his wooden masks. 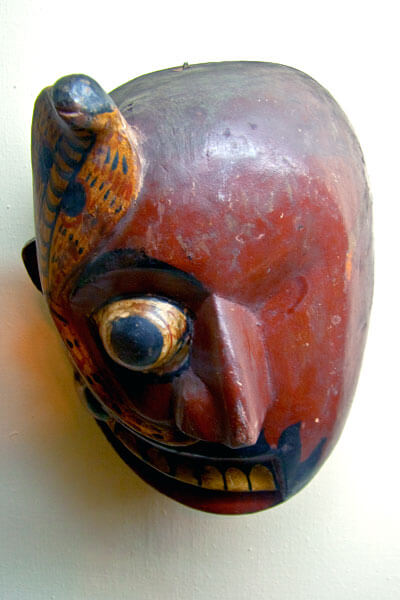 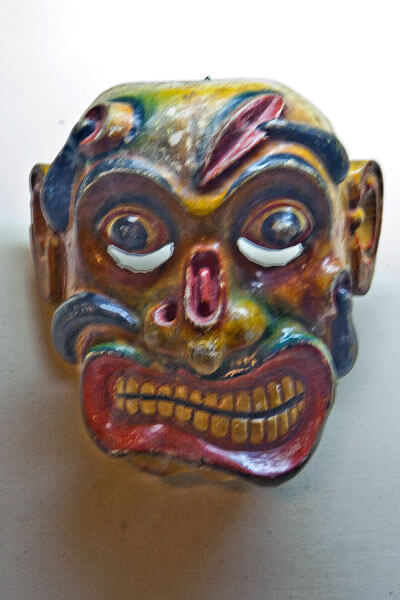 The system includes, among other things, vomiting diseases (green masks with a protruding tongue), worm diseases (pale masks), psychic illnesses (insane masks), deafness (masks with a snake growing from the mouth to cover one side of the face), blindness (masks with one or two eyes missing), fever (flames painted on the mask), skin diseases (masks with skin lesions), and so forth.

All the diseases of the system are depicted in miniature forms in the huge mask, which is usually over a meter tall, of Kola Sanniya, the chief of all the disease demons. It consists of the actual mask covering the dancer’s face and a huge, complex headdress with wing-like extensions on which the other eighteen small disease masks are carved.

However, if all the different regional variations of sanni are observed, there seems to be altogether some 30 different diseases included in the categorisation. The fact that the masks clearly illustrate syndromes of various diseases has, in recent decades, led to the study of the mask system from the medical point of view too.