After the Cultural Revolution

The political situation and, consequently, cultural climate changed drastically after Mao Zedong’s death and the fall of the Gang of Four in 1976. In the same year a list of 41 Peking operas was published, which could now be included in the repertory of opera troupes instead of the model dramas and ballets. Gradually, interest in traditional forms of theatre was revived and actors and teachers who were disgraced during the Cultural Revolution could return to their work.

In this new, more open climate, dramatists and other theatre artists have been able to handle the traumatic decades of Chinese history. At the same time, doors have been opened to Western influences including Western plays. Classics like Shakespeare and Moliére as well as more modern classics, such as Brecht and Becket, have been staged regularly. In the mid-1990s Arthur Miller directed his play Death of a Salesman in Peking.

Ballet is also thriving in modern China. Western classical ballets are performed in the biggest metropolises. Modern dance dramas are created combining Western and Chinese dance techniques. One very influential work in this field has been the Tales of the Silk Road, Silu huayu (Szû-lu hua-yü), which had its premiere by the Gansu Provincial Song and Dance Ensemble in 1976.

The dance drama is set in Central Asia during the Tang period, in the region of the Silk Road connecting China with Persia and the Mediterranean region. Full use was made of the famous Dunhuang Buddhist cave murals, which are located in Gansu province. By studying the paintings and combining their poses with the Russian ballet technique and Chinese acrobatics, the choreographers created a kind of historical fantasy style which had had a great appeal for audiences, both in China and abroad. 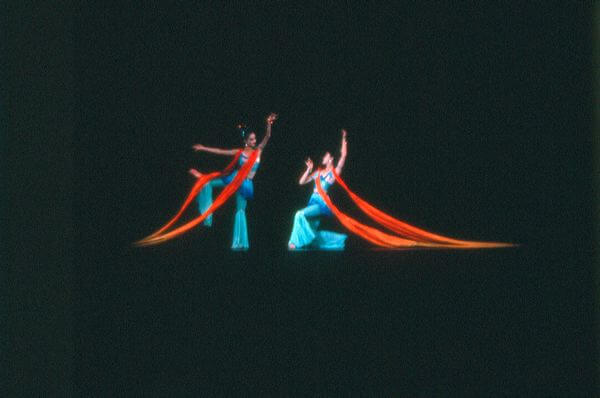 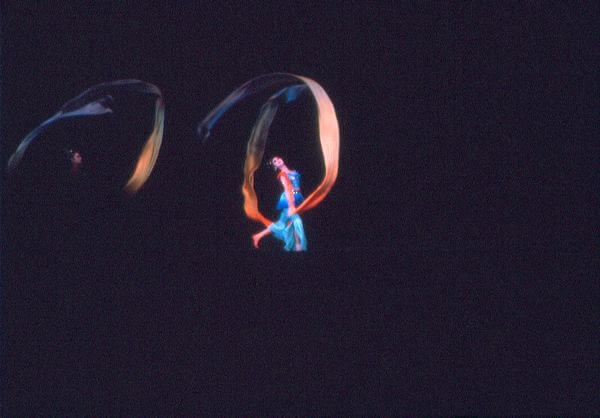 The semi-historical, fairytale-like glamour aesthetics captured in the Silk Road ballet is regularly employed by grand tourist spectacles, the most prominent of them being the Tang Dynasty Dances performed in Xian, formerly Changan, the old capital of the Tang Dynasty. With its sugar-sweet visualisation and play-back musicians and singers it has served as a model for similar kinds of tourist entertainment throughout the country.

Western opera is also popular in China. In connection with the Beijing Olympics in 2008 a huge new opera house was opened in Beijing. It is but one addition to the approximately 3000 theatre houses operating in China in the early 21st century. It is impossible to get a clear picture of all the activities going on in these theatres and among the myriads of folk groups and state-run troupes.

Spoken drama is thriving, and much new repertory for it has been written. Modern dance in China had its roots in the Guangzhou in the 1970s. Young Chinese dancers and choreographers appear regularly at dance festivals around the world. Performance art has its exponents in China, often in close contact with the country’s very lively contemporary art scene. Even decades ago Chinese cinema won lasting international acclaim, and on the movie screen the fantastic fighting scenes of Peking Opera are reborn in the form of the kungfu action films.

Amid all these forms of theatrical art and new trends traditional theatre also flourishes. Peking Opera is still the most popular form of opera and it is taught all over the country. As mentioned earlier, the classical Kun Opera was included in the UNESCO List of Outstanding Examples of the World’s Intangible Heritage in 2001. It is, of course, impossible to predict what exactly will be the fate of traditional Chinese theatre in this time of globalisation and commercialisation.