Balasarasawati and the Guru Institution

Before the founding of dance and theatre institutions and schools in the early 20th century, the classical music, acting and dance traditions were taught by masters or gurus. The so-called guru-sishya system of education indicates a close personal contact between a master and his pupil. During daily contact the master guides and initiates his student into the secrets of the art according to his pupil’s abilities and spiritual development.

When revivalists around India, such as Rukmini Devi, Tagore and others, started the revival of the traditional performing arts it was the old guru families and lineages they turned to. The level of dance performances may have declined in some parts of India, but the skills and knowledge of these traditions were still preserved by the guru families.

Thus the revivalists invited prominent gurus to teach new generations of artists at their modern institutes. This is, in fact, still often the case in modern art universities as well. Even today most of the serious actors and dancers working in the traditional fields of the performing arts privately continue their studies, throughout their careers, with their chosen gurus. 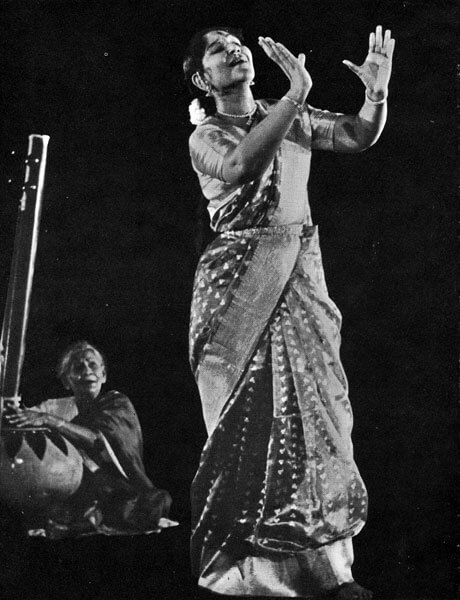 Some dancers themselves were also bearers of age-old traditions. One of them was Balasaraswati (1918–84), a remarkable exponent of bharatanatyam in the seventh generation. She belonged to a family of dancers based in Tanjavur and made her debut in 1925.

She was invited to work at Rukmini Devi’s Kalakshetra institution and she thus deeply influenced the revival of bharatanatyam. She was renowned particularly because of her deep and nuanced abhinaya mime acting and she has been regarded as “the greatest single repository of the performing arts of southern India”.