Along with hat boi, the court also developed ceremonial dances imitating the practice of the Chinese imperial court. In other parts of Southeast Asia the poses and hand gestures of almost all the main forms of court dance reflect a more or less direct Indian influence, whereas Vietnamese court dances, in their slow ceremoniality, echo ancient Chinese prototypes. Dances were often accompanied by large instrumental ensembles. The main dance types included the so-called dances of fabulous animals, which included mythical beings such as the unicorn and the phoenix. 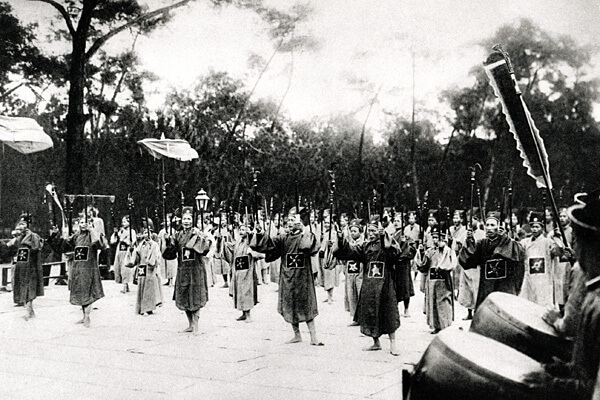 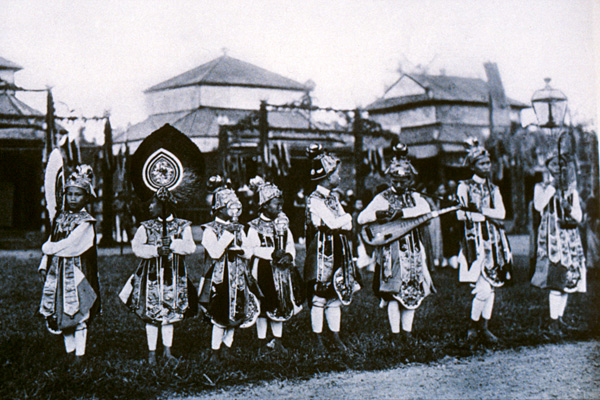 The largest dance ceremonies included the civilian dance van vu and the military dance va vu, which were still performed in this century at the Sacrifice to Heaven and Earth, an important state ritual which was adopted from China. These ceremonial dances were performed by two corps de ballet, each consisting of 64 dancers arranged in eight rows. In the early years of the twentieth century the original repertoire of court dance was reduced, and the tradition of court dance appears to have died out when royal patronage ended.