Korean court dances (chongjae) have an exceptionally long, uninterrupted performance tradition. Early literary sources tell us that two court dances were already being performed by a famous dancer during the period of the Kaya Kingdom (42–562 AD). 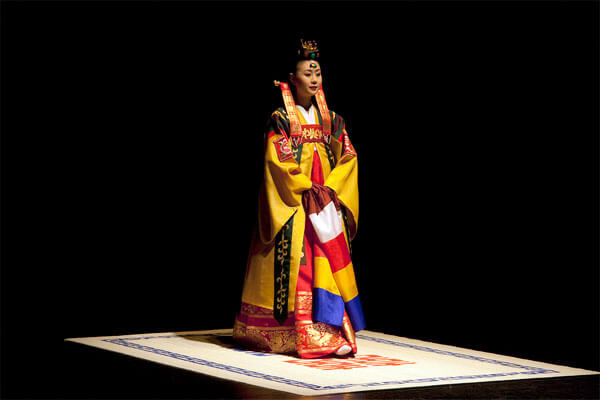 The beginning of the Spring Nightingale Dance; the Korean court dress still echoes the fashions of the 7th–10th century Tang court of China Jukka O. Miettinen

Many of the Korean court dances were adopted from the China of the Tang Dynasty during the United Silla Dynasty (668–935). Like the Korean Confucian ritual dances, the court dances also preserve forms of Chinese art, which have completely disappeared from their country of origin.

They provide extremely valuable information, not only in the context of China and Korea, but in the context of the whole of East Asia, since the Tang court was, to a great extent, the original source of many art forms, which spread as far as Japan. Dances formed an important element of the court festivities, such as the coronation ceremony, praying for longevity for the queen etc.

The golden age of Korean court dances was the Choson Dynasty (1392–1910). It was then that their present repertoire was formulated and over forty dances were composed. The custom was that boy dancers performed for the king out of doors, while young “geishas” or kisaeng girls performed for the queen at court.

The Technique and Structure of the Court Dances

Like the Confucian ritual dances, the court dances, dictated by the strict court etiquette, are also extremely restrained in character. No facial expression is allowed, and the movements are limited to a few steps (three forwards and three backwards), lifting the feet, solemn turns, bows, and to elevated arm movements, while the handling of the long sleeves and/or limited props form an important element, as in other Korean dances.

The repertoire includes both solo and group dances. They follow a fixed pattern, which slightly varies depending on whether the dance is accompanied by secular music (tangkak), which originates from China, or by actual court music (hyangkak), which has also been inherited from China. The music was originally performed by a group of court musicians.

The most popular of the solo dances is the Chunaengmu or the Dance of the Spring Nightingale. It was created by Crown Prince Hyomyeong during the Choson Dynasty in the early 19th century. Arm movements, which send the long sleeves flying in the air, dominate its sparse movements. The dance describes the song of a nightingale and its flight through the sky. The whole dance is performed on a small straw mat decorated with flower motifs.

Other dances include, among others, the Crane Dance (Hangmu), the Boating Dance (Sonyurak), Coming of the Phoenix (Pongnaeui). One of the many group dances performed at court is the Jinju Sword Dance, which was performed at court by women dancers dressed in military uniforms. 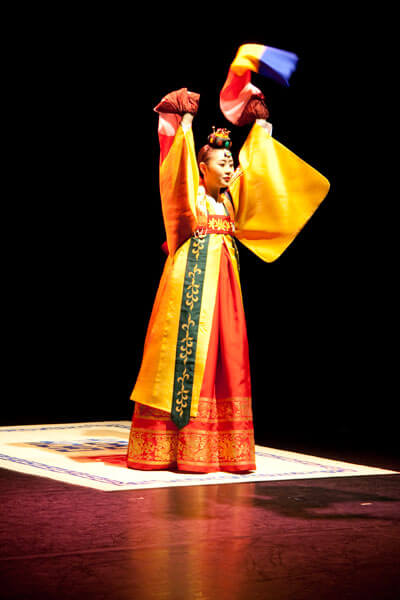 The Spring Nightingale Dance; the handling of the long, colourful sleeves form an integral part of the sparse movements of Korean dance Jukka O. Miettinen 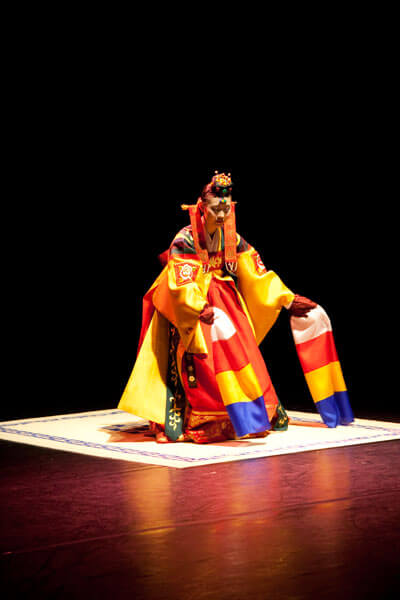 The beginning of the Sword Dance Jukka O. Miettinen 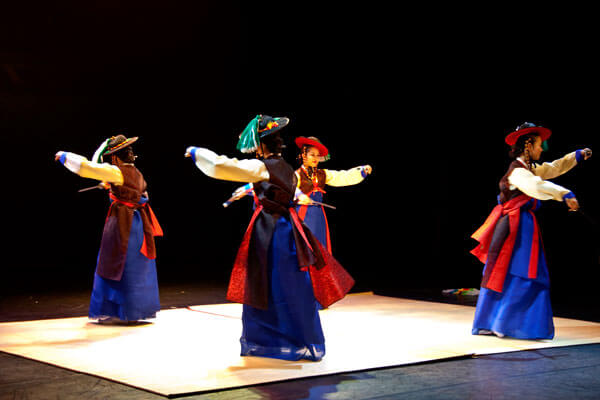