Korea is a storehouse of many old types of ritual dance that are rare elsewhere. They were partly inherited from China, where they have now completely disappeared. Besides the shamanistic dances, ritual dances include Confucian and Buddhist dances.

Both Confucianism and Buddhism entered Korea from China. As in China, so too in Korea, Confucianism has been the “religion”, or rather the political philosophy, of the court and the ruling elite, since it concentrates on maintaining the traditional hierarchy of society. At the summit of this hierarchy was, of course, the ruler. 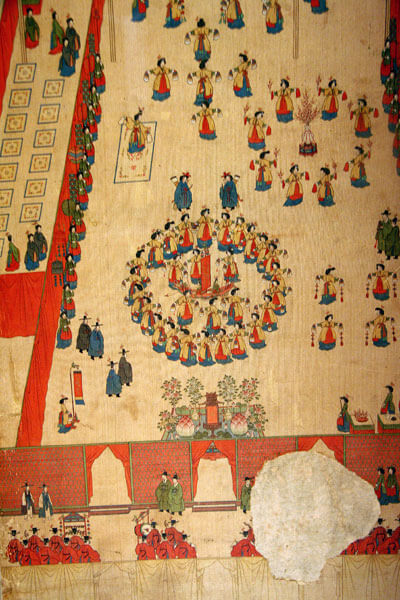 Buddhism arrived in Korea slightly later, in the 4th century AD. During the following centuries it gained great popularity and became the state religion in the 7th century. In the 14th century it was felt that the growing popularity of Buddhism was threatening the Confucian State Cult.

Buddhists were persecuted and they were forced to go underground. The oppression was continued on and off until the early 20th century when Buddhism, its rites, music and rare dance traditions were again revived.

Korean Buddhist dances are a unique rarity. It is not known when exactly they were created. They are called chakpop, which indicates the creation of dharma (the teachings of the Buddha). Tradition says that these dances were originally performed by devas, or heavenly beings. 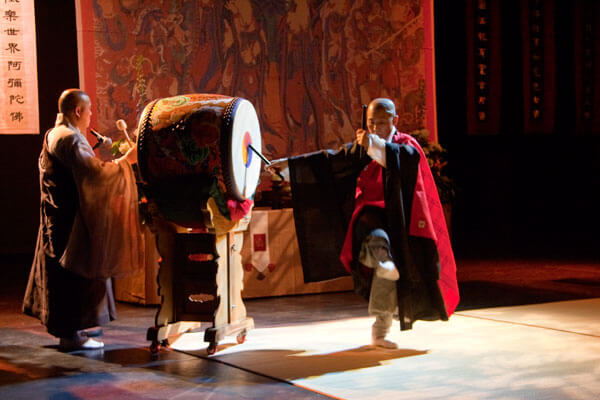 The exact meaning of most of the Buddhist dances is unclear. They mostly form part of large-scale Buddhist temple ceremonies during which a huge Buddhist cloth painting is hung on the temple wall. The Drum Dance (popchum) and the Cymbal Dance (parachum) were originally performed during offering ceremonies. 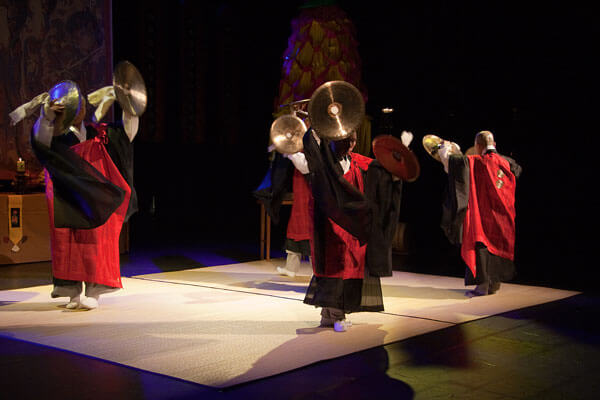 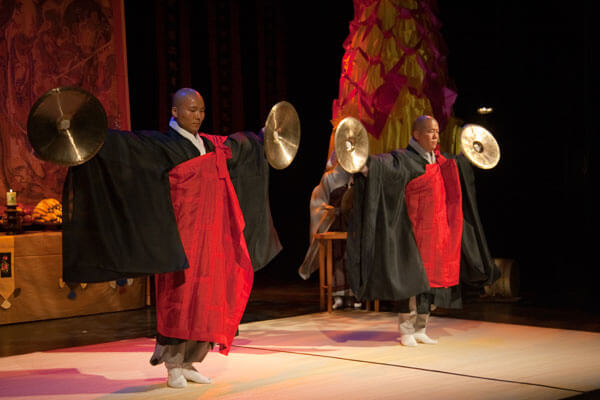 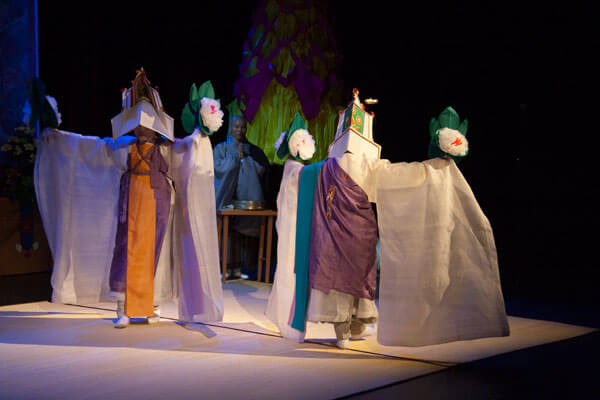 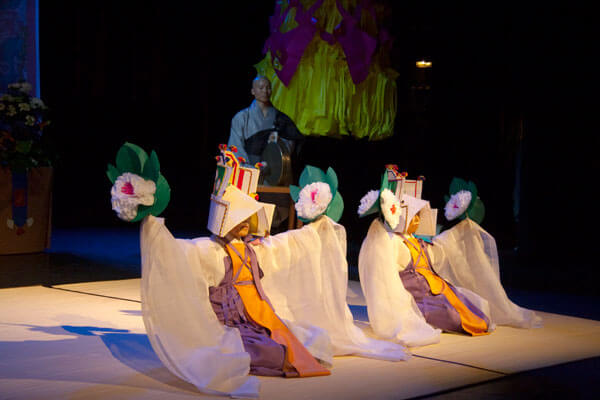 All of the Buddhist dances are very solemn in character. The Butterfly Dance is not an exception. Its dancers, dressed in large, long-sleeved gowns that indicate butterflies, repeat simple steps, slow turns and finally end up in crouching positions. Buddhist dances in Korea are not regarded as forms of meditation or of prayer, but merely as kinds of physical offerings.

Formal dance rituals connected to Confucian rites are known in many countries that inherited or adopted the Confucian model of administration and the State Ritual from China. Thus Confucian ritual dances are still performed in Taiwan, Vietnam, Japan, and Korea. On mainland China the tradition was completely destroyed by the Communist regime in the mid-20th century.

In Korea, Confucian dances are called ilmu, or “line dances”. It is an apt term, since most of these extremely slow and ceremonial dances are performed by large groups of dancers in a temple courtyard in strict line formations.

As everywhere else where Confucian dances are performed, so too in Korea were the ceremonies originally related to the ancestral cult. The ilmu rites were introduced to the Korean ruling class during the Koryo dynasty (918–1392). They were originally performed at the royal ancestral shrine.

Following the general Confucian tradition, the dances are divided into “civil dances” and “military dances”. They are performed in connection with offering ceremonies and ritual music. They consist of a few, almost minimalistic movements, turns and bows, which the dancers execute according to strict discipline without any kind of facial expression.