Dance and Theatre in the History of Japan

The earliest archaeological evidence that is related to performing arts in Japan comes from the Yamato period (300–710 AD). Excavated objects include miniature instruments, masks, and ornaments. Clay figurines, called haniwa sculptures, include representations of dancers. The tradition of the earliest dances that are still performed, the kagura dances, stems from this period.

The Creation Myth of Theatre and Dance in Japan

The myth of the origin of theatre and dance is from the 8th century AD. According to this myth, the Sun goddess was angered because of her brother’s pranks. She shut herself in a cave and thus darkness fell upon the world. Other gods gathered in front of the cave to beg her to come out. The beautiful maiden Uzume, the goddess of the dawn, began to dance in front of the cave so wildly and powerfully as if she were possessed by spirits. While dancing, she revealed her breast. The gods were so loud in their enjoyment of the performance that the Sun goddess became curious. She decided to peep out to see what was going on. Once she saw the dance, she did not want to return to the cave. Thus the world became light and warm again.

The early history of Japan is characterised by isolation from the outside world. This is understandable because of Japan’s geographic location. The Japanese archipelago is located in the Pacific Ocean and surrounded from its neighbouring countries by the sea. However, there are also periods in Japan’s history when there were strong outside influences from the mainland. 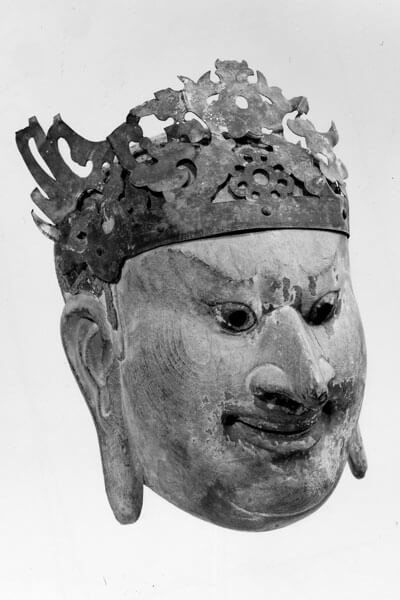 In the mid-6th century Buddhism reached Japan via the Korean Peninsula. Later, contacts were established with China. Together with Buddhism, and its several variations, various forms of culture were also adopted from the Buddhist East and Central Asia. They included, among other things, the gigaku mask theatre.

The Nara period (710–94) saw the emergence of a central state with its nucleus in the imperial court in Nara, a new capital with huge wooden Buddhist temples and monasteries. In the early 8th century Prince Shotoku sent an expedition of monks and scholars to China to absorb the Buddhist culture and to bring back manuscripts, works of art, instruments, masks etc. to Nara.

Thus Nara became an integral part of the then Buddhist international cultural sphere, which extended from China to Central Asia and further to the Indian subcontinent. Among the influences were Buddhist mask dances as well as various other dances, which were adapted at the Nara court to form the bugaku court dance tradition, which is still practised today.

The Heian Period, the Emergence of Distinctly Japanese Aesthetics

In 748 Emperor Kammu moved the capital from Nara to Heian-kyo (modern Kyoto). Because the Buddhist monastic order was gaining too much wealth and political power, the temples and monasteries of Nara were dispossessed of their riches.

During the Heian period (794–1192), a distinctly Japanese form of culture emerged with its own forms of art, poetry, literature and general aesthetics. One of the landmarks of the period is the “world’s first novel”, The Tale of Genji (Genji Monogatari), written by a court lady, Murasaki.

The novel offers a glimpse of the extremely complicated and refined court life of the period. It tells about the loves of an exceptionally handsome prince, Genji. The novel reveals the roots of Japanese aesthetics in the customs and court etiquette of the Heian period, and it is still today a key work for understanding Japanese aesthetics. During the period, concepts like aware, okashi, and yousei (beauty thick with deep but repressed, delicately unostentatious feeling) were formulated.

During the Heian period, the Buddhist gigaku mask dances gradually ceased to be performed, while bugaku court dances were further refined. New theatrical forms, based on earlier folk traditions, also evolved, such as denkaku and sarugaku.

The Feudal Period, Zen Buddhism, Samurais and the noh theatre

Japan’s long feudal period was characterised by the emergence of a ruling class of samurai warriors. After a series of battles between feudal clans, Minimato no Yorimoto was appointed shogun and he established his centre of power in Kamakura, while Heian still formally retained its status as the imperial capital.

New religions, such Chan Buddhism, were adopted from China. Chan Buddhism was soon localised in Japan, where it came to be known as Zen Buddhism. It became the religion of the samurai class in the 15th–16th centuries. It has left its strong imprints in Japanese arts, including theatre. The Zen artist aims to suggest, by the simplest means possible, the inherent nature of the aesthetic object. 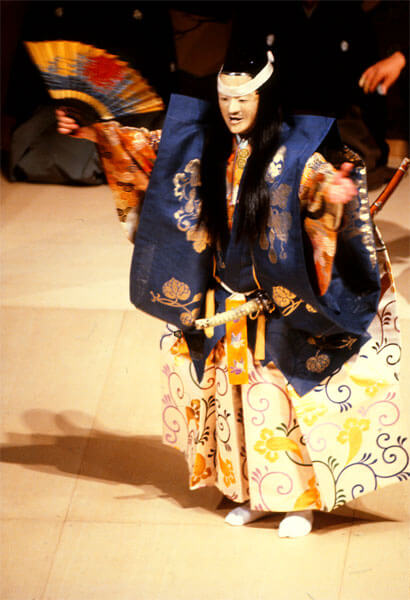 The minimalistic aesthetics of Zen influenced the austere splendour of Noh theatre, which evolved during the Muromachi period (1333–1568). During that time the capital was moved from Kamakura back to Kyoto. Noh, which was originally favoured by the monks and samurai class, has retained its essence, stage, acting technique, and music up to the present day, and it is now regarded as one of the great traditions of world drama.

The Edo Period, the Rise of the Urban Middle Class

The period from the mid-15th century to the beginning of the 17th century was overshadowed by constant wars between the ruling clans. In 1600 Tokugawa Ieyasu defeated rival clans. As a result he established the Tokugawa shogunate in Edo (modern Tokyo). It was the beginning of the Edo period (1600–1868), which was marked by long-lasting, yet tenuous political unity. 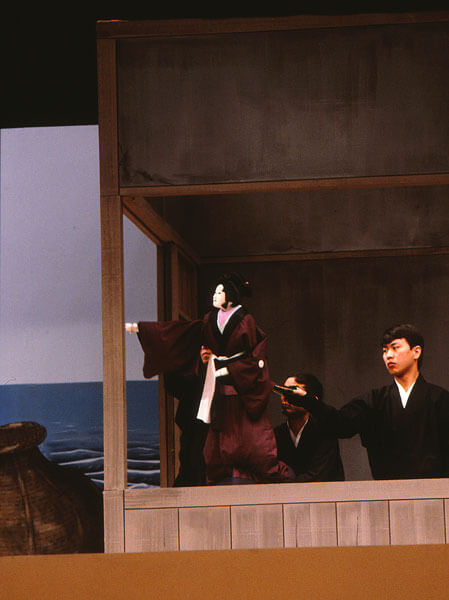 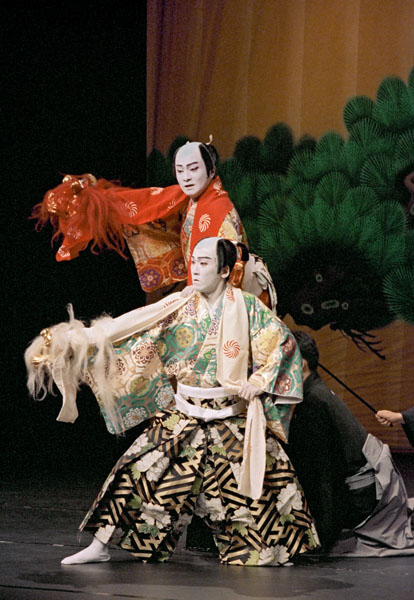 The Westernisation of Japan

The intervention of the USA in 1854 forced Japan to open up to the outside world. Adopting Western political, juridical and military institutions, the Cabinet introduced the Meiji Constitution. During the following Meiji Period (1868–1912) the Empire of Japan was transformed into an industrialised world power. It embarked on several wars to expand its sphere of influence.

New regulations and manners were satirised by shimpa plays, which were later transformed into relatively realistically staged melodramas. Gradually, Western theatre, with its stage aesthetics and dramas, was adapted. Under the Western influence, a new kind of theatre, shingkeki or “new drama”, evolved while, at the same time, Western plays were also translated and staged.