Languages: altogether over 70 languages, of which the dominant are Lao, Thai, Khmer, and Chinese

The mountainous, landlocked region of present-day Laos was inhabited by the end of the first millennium AD by the Lao people, who belong to the Tai language group. They are believed to have migrated from southern China. In fact, Laos forms an ethnic mosaic with its numerous highland groups. Each of them has their own belief systems and cultural expressions, including ceremonies and dances. 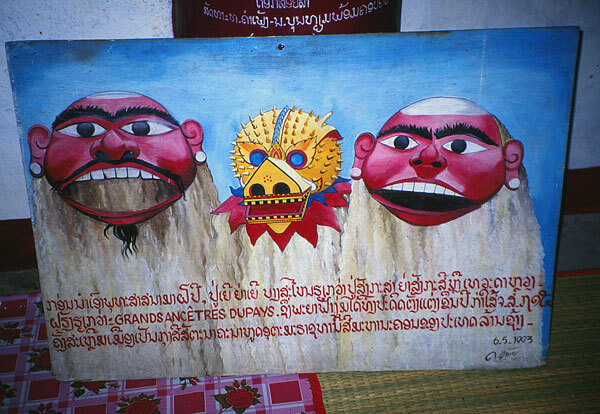 Masks of the tutelary spirits of Luang Prabang Ari Tenhula

This section, however, focuses on the theatrical traditions of mainstream Lao culture. One of the few urban ritual performances with clear animistic origins that are still practised is the dance of Pu Nheu Na Nheu, the tutelary sprits of the city of Luang Prabang. These fantastic creatures perform their dance during communal festivities, such as the Lao New Year.