For historical reasons, already explained at the beginning of this section, the Malay Peninsula has been in close contacts with both the Indian tradition and the traditions of its neighbouring cultures, such as Sumatra, Java and the kingdoms of Thailand. The Indonesian influence is particularly present in the traditions of Malaysia’s shadow theatre traditions, while the Thai influence is evident both in shadow theatre and in a dance-drama called nora. All these traditions, either in their story material or in their performance techniques, bear influences that were received through the trade contacts from India already hundreds, even thousands, of years ago.

All the three traditional forms of shadow theatre in Malaysia technically present the same basic type of shadow theatre as the whole wayang family in Indonesia and the nang talung of Thailand. In all these forms the centre of the whole performance is the narrator-puppeteer (dalang). He sits behind the white screen, operates the puppets, tells and improvises the story, and also leads the accompanying percussion-dominated orchestra.

The old Javanese influence can be traced in the wayang kulit djava and the wayang kulit melayu, two of Malaysia’s three forms of shadow theatre. These genres differ mainly in the styles of their puppets. In wayang kulit djava, the puppets are highly stylised in the Javanese fashion, and both arms are movable. The wayang kulit melayu puppets, on the other hand, are less stylized, with only one movable arm. The stories in both genres have been mainly borrowed from the Javanese tradition, that is, the Ramayana, the Mahabharata, and the Prince Panji cycle. They are, however, all recited in dialects of the Malay language.

Sometimes Islamic stories, such as the Adventures of Amir Hamzah, are performed. The new story material and a clear Arabic influence in the accompanying music are clear contributions of Islam to the traditional theatre of Malaysia. 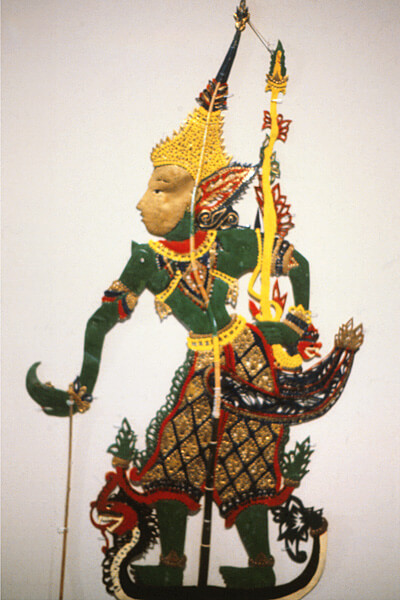 The third type of Malay shadow theatre, the wayang kulit siam, is linked to the culture of the Thais, Malaysia’s northern Buddhist neighbours. The northern provinces of Malaysia were at times under Thai rule, and the population of the border areas has intermingled, and it is thus only natural that the Thai traditions of the performing arts were established in these areas. The puppets of wayang kulit siam, its performing technique, and the stories enacted all bear a close resemblance to the nang talung shadow theatre of South Thailand. 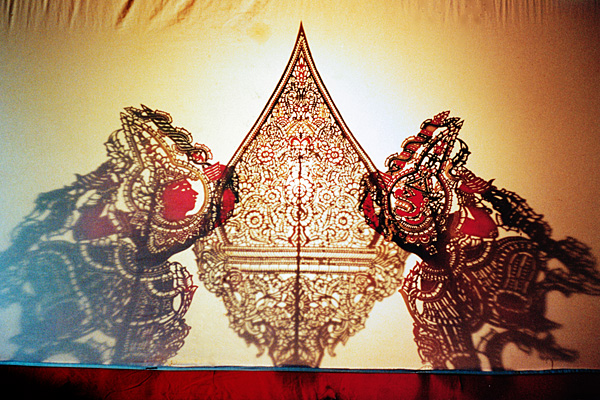 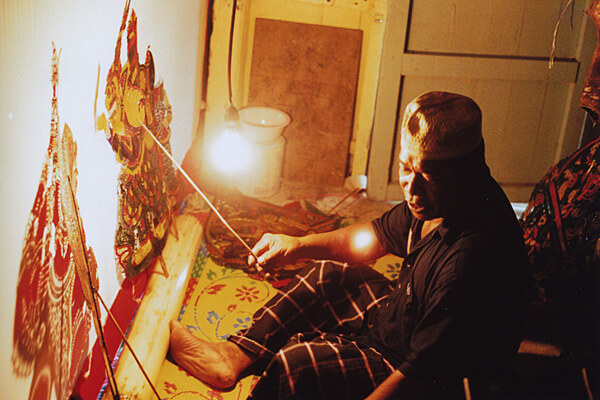 The basic story is the Ramayana, although among its main characters also appear local comic or demonic characters. The leather silhouette figures were painted in older times with non-transparent enamel colours, whereas now transparent ink is generally used. In a similar way as in Thai shadow theatre puppets, so too in wayang kulit siam the puppets have either one or two moving hands. Their exquisite design follows exact rules and models. Details are made clear by punching holes in leather.

Nora, the Magic Dances of the Malay Peninsula

Nora is a form of dance-drama mainly performed in the southernmost provinces of Thailand and northern parts of Malaysia. The name nora is a shortened form of the name Manora, the standard heroine of an ancient tale, which often serves as the plot material for this type of dance-drama. Traditionally, nora has been interwoven with elements of ancestor worship and spirit possession while, at the same time, it is also a complex form of dance-drama.

Nora has its own musical tradition and its movement techniques appear to have come almost directly from far-off India; and it has an undeniable magical character. Its origin has been the subject of much speculation. According to one theory, it is the link between the ancient theatrical forms of the Malay Peninsula and the lakhon dance-drama of Central Thailand.

It has also been claimed that nora separated from the Central Thai tradition at an early stage, developing in isolation. It seems to be clear, however, that nora is a result of cultural contacts with Sri Lanka and/or India. This is supported by the fact that its dance poses include direct borrowings from early Indian dance as well as Sri Lankan dance. Furthermore, South Thailand and North Malaysia, where nora still flourishes, were the crossroads of ancient sea trade routes which connected the area with India as well as with Sri Lanka.

Whatever its origin, nora is a unique theatre tradition in its inimitability and expressiveness. It is an embodiment of the complex syncretistic belief system of the region where it is performed. Its ritual elements reflect the local animism, its central plot material is derived from Buddhist lore, and its movement technique is related to the Indian Hindu tradition, while the tradition is now thriving in predominantly Muslim communities. 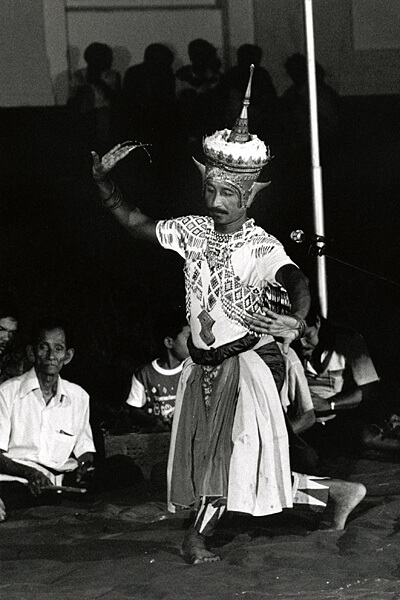