Kalaripayattu, the Body as a Weapon 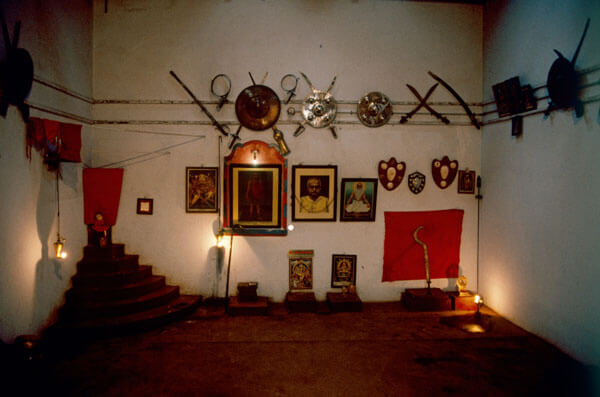 A kalari hall for the training of kalaripayattu Sakari Viika

In India there are many regional forms of martial arts. Some forms of dance and dance-theatre also employ their techniques. This is also the case with kalaripayattu, a tradition of “art of war” known in the regions of Taminadu and Kerala. Kalari indicates a “training centre” while payattu means “practices”.

Kalaripayattu was originally a secret method of the Nairs, the members of the warrior caste of Kerala, and it was practised only in specific kalari buildings. Martial arts have a very long history everywhere in Asia, often extending to prehistoric times. In South India literary evidence from around 200 AD exists, which indicates the existence of martial arts.

Kalaripayattu technique focuses on energetic footwork, which is executed mainly with the outer edge of the soles. It consists of kicking movements and extremely high jumping. Kalaripayattu can be divided into unarmed techniques and several armed forms. The weapons include sticks, swords, a three-bladed knife, axes, spears, and other local types of weapons.

Many of the movement units of kalaripayattu are named after various animals and they clearly imitate animal movements. This is a common feature in many of the martial arts traditions in Asia. It seems to confirm the long roots of these traditions, extending back to pre-historical times, when contact with the animal world was intensively close. 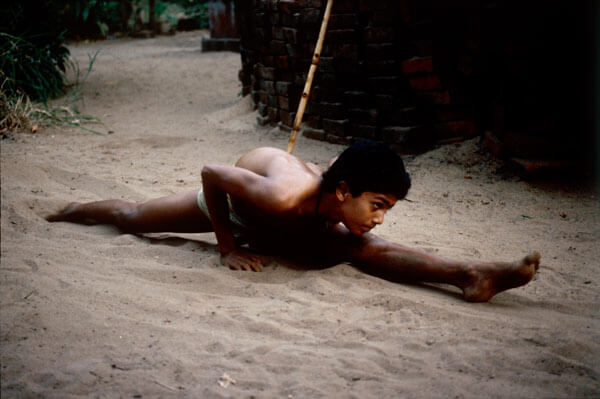 Training the flexibility of the body Sakari Viika

Through years of practice and oil massage, the body is trained to become extremely elastic, quick and powerful. Many of kalaripapayattu’s elements, particularly the stamping on the outer edge of the sole and the jumping method were adopted later by the kathakali dance-drama.