Korea has an exceptionally rich dance culture and, as in most Asian countries, Korean traditional theatre also employs dance or at least a dance-like, stylised movement technique. The Korean dance technique seems to stem from shamanism, as the dance movements grow from breathing, regulated according to the tempo of the music. 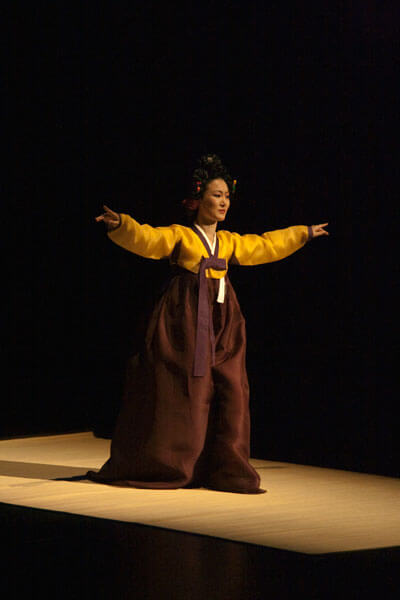 In Korean dance the energy flows from the chest area to the arms and hands Jukka O. Miettinen 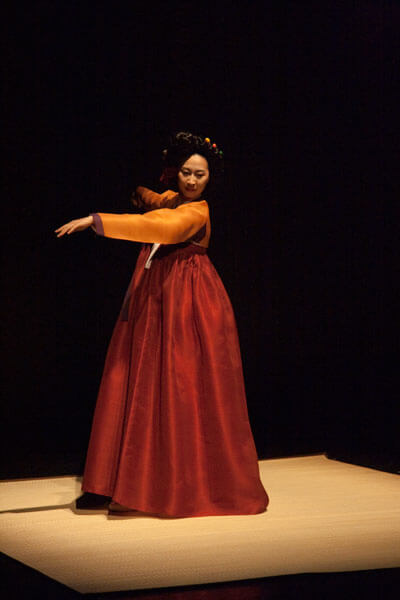 The tempo is often slow, while the series of movements are characterised by a legato-like quality with an alternation between tension and relaxation. The steps flow. The flow is, however, frozen every now and then into sudden poses. 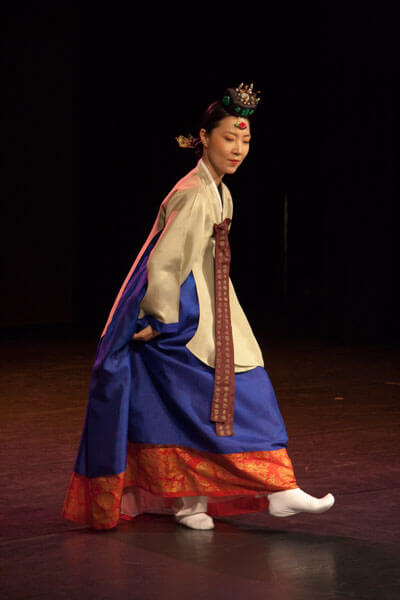 The soft flow of the dance is, every now and then, interrupted by frozen poses Jukka O. Miettinen

The feet, which are usually covered with white socks, are rarely lifted from the floor. Symbolic hand gestures are not employed, but arms and hands are extended to elegant, linear poses.

Arm movements dominate the dance, while they naturally grow from breathing, which in Korean philosophy is linked with spirit (ki). Thus the focal point is on the chest and lung area, while the dance appears as a physical manifestation of a deep, personal emotion.

Many of the religious processions include dance and dancing musicians. Their dance employs other kinds of techniques, which are shared with many of the more lively folk dances. They are not included in this text. The forms of Korean traditional dance are classified here as follows: