Kuchipudi is yet another form of lasya dance related to the above-mentioned bharatanatyam. It derives its name from a village in the state of Andhra Pradesh. Its origins lay in a village dance-drama tradition but in the latter part of the 20th century it gained popularity mainly as a solo form, mostly performed by female dancers.

Possibly because of the proximity of Tamil Nadu to its strong bharatanatyam tradition, kuchipudi is nowadays strongly influenced by bharatanatyam’s technique and repertoire. They both share the musical accompaniment in the Carnatic style and also partly the repertoire with all the alarippus, jatisvarams, padams etc.

However, there are stylistic differences. Kuchipudi has a heavier and more earthbound foot technique than bharatanatyam. There are also some dance numbers in kuchipudi not found in other solo dance forms. 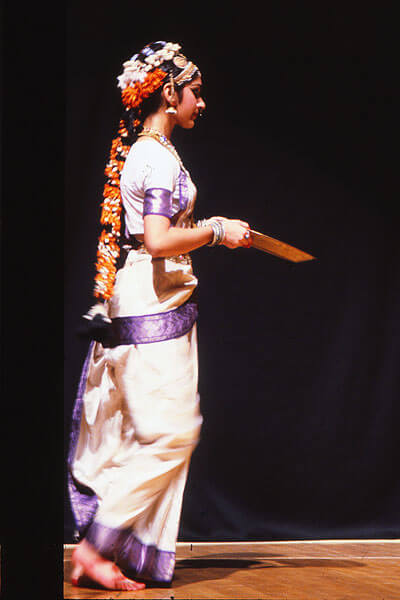 The beginning of tarangam: the dancer brings a brass plate to the stage Sakari Viika 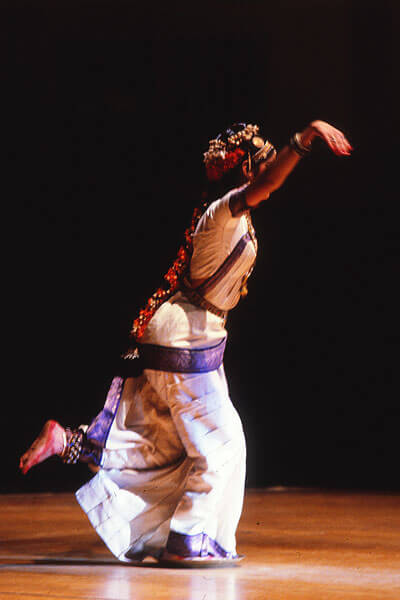 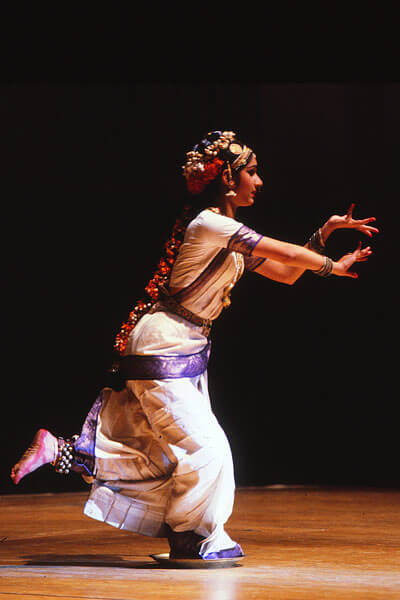 The most characteristic of the kuchipudi numbers is tarangam, usually the final number of a performance. It is danced on a brass plate that is often filled with water. The dancer places her feet upon its raised edges and moves the plate while dancing around the stage in perfect balance. The dancer has oil-burning candles in her hands, which she finally puts out with the water from the plate.