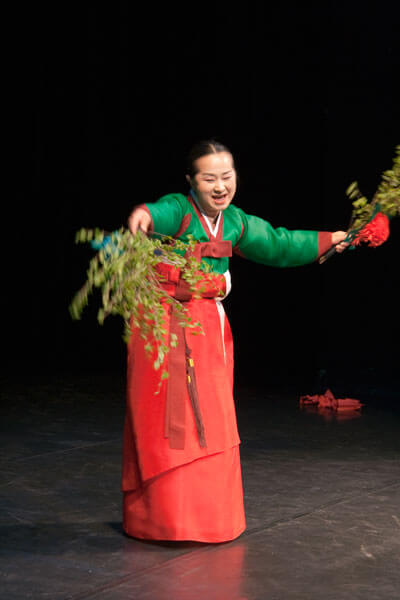 A shamanistic ritual dance from the southern coast of the Korean Peninsula Jukka O. Miettinen

In the Korean performing arts, as well as in culture in general, one can clearly recognise distinctive layers. It is now generally agreed that the oldest layer is formed by shamanism, which is believed to have originally been connected to the so-called Northern Shamanistic Belt, extending from the Korean peninsula to Central Asia, Siberia and further to Northern Scandinavia.

The shamanistic tradition, which has now practically disappeared from most of the above-mentioned regions, is still very strong in Korea, although it has from time to time been overlooked. During the process of re-evaluating the Korean identity during the Japanese occupation in the mid-20th century the importance of shamanism was, however, again acknowledged. 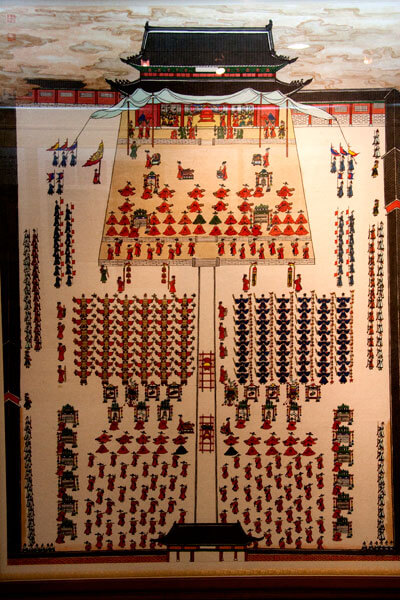 Shamanism has been mainly the belief system and cultural expression of the ordinary people, while Chinese culture, with its Confucian rites and institutions, has been dominant at the court level.

Korea has thus been able to preserve forms of court music and dance that are clearly related to old Chinese court traditions. In China these traditions had effectively been wiped out on during the early Communist regime.

The modern, partly Westernised layer of culture in Korea entered Korea, during the Japanese occupation, through Japan, where many of the Korean intellectuals and artists studied. Later influences, understandably, arrived in South Korea directly from the United States and other Western countries, while North Korea was influenced by Communist China and the Soviet Union.