Pansori, the Art of Storytelling 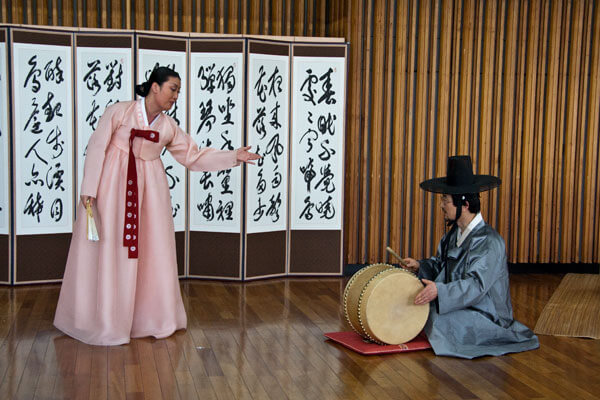 Communication between the accompanying drummer and the singer is of the utmost importance in the pansori performance, which is, to a great extent, improvised Jukka O. Miettinen

The early form of pansori was the creation of public entertainers, called changu. During the middle part of the Choson Dynasty (1392–1910) they also added sung storytelling as a kind of comical interlude to their repertoire of music, dance and acrobatics. 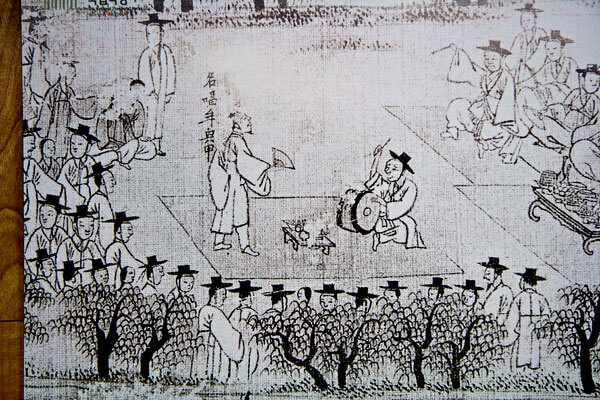 In the 18th century pansori was also accepted by the educated elite. During that time the pansori repertoire consisted of various stories, many of them derived from Chinese folklore. The patronage of the upper classes gradually influenced the development of pansori.

Pansori’s “low” or comic elements were reduced while vernacular, epic stories were established as its repertoire. The music became more complex, combining the slowest and quickest tempos of Korean music, and the pansori singing gained its extremely expressive style. 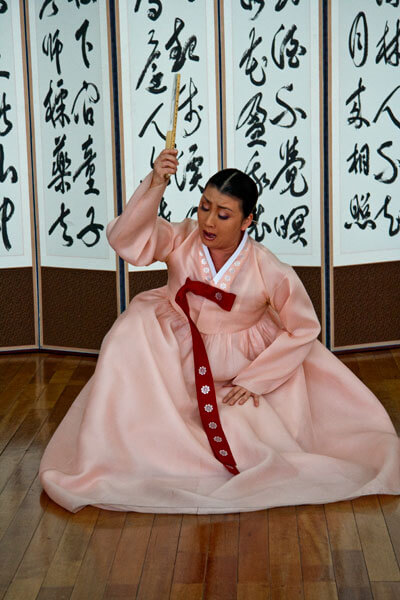 Thus pansori evolved from street entertainment towards an established form of “chamber art”. Commercial pansori performances became common in the 19th century when it found its way to small theatre houses. At the same time female pansori singers established their popularity.

The Repertoire and the Performance

As often in the art of storytelling, the pansori singer acts as the narrator and also takes the roles of the various characters of the story. A full pansori performance may last as long as six hours; it, of course, demands of the performer an exceptional memory, stamina and technique. 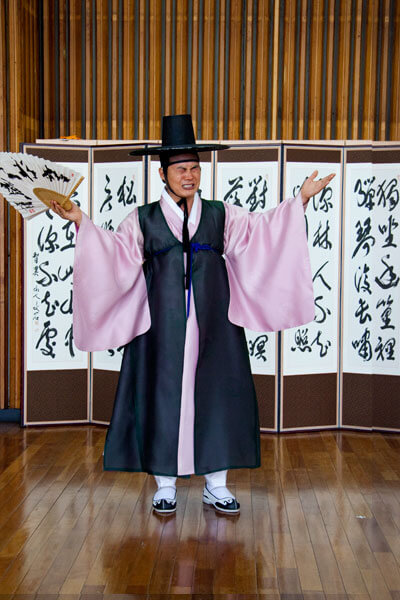 A large fan is the only stage prop the singer is handling Jukka O. Miettinen 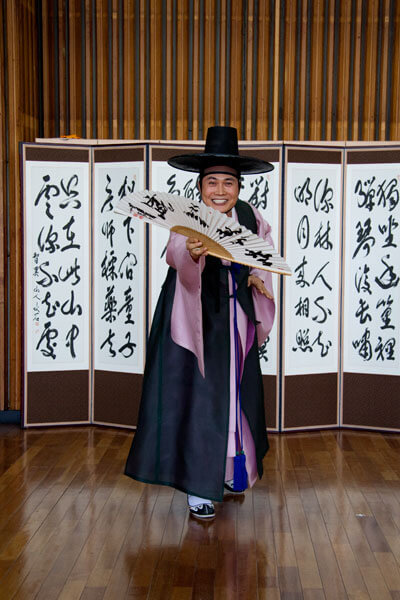 As in other forms of storytelling, direct contact with the audience is also important in pansori Jukka O. Miettinen