India is home to hundreds of living theatrical traditions. Some of them are archaic rituals that have been cherished by small rural communities for several centuries, some are age-old classical traditions of dance-drama related to the Natyashastra, the ancient Drama Manual, and some of them are popular forms of folk entertainment reflecting the changing tastes of their audiences. It is natural that only some of these traditions can be discussed in a concise text like this. 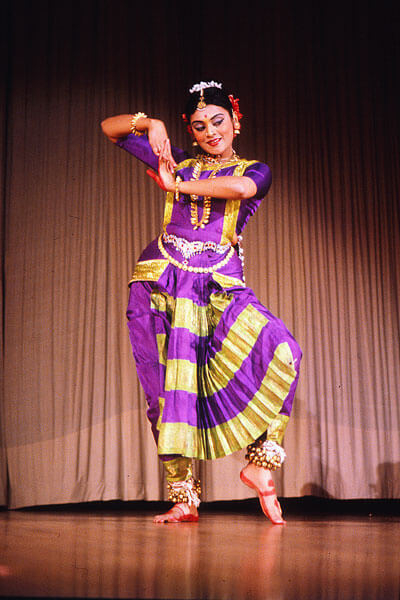 Bharatanatyam belongs to the many classical margi styles, which follow the codifications of the Natyashastra tradition Sakari Viika 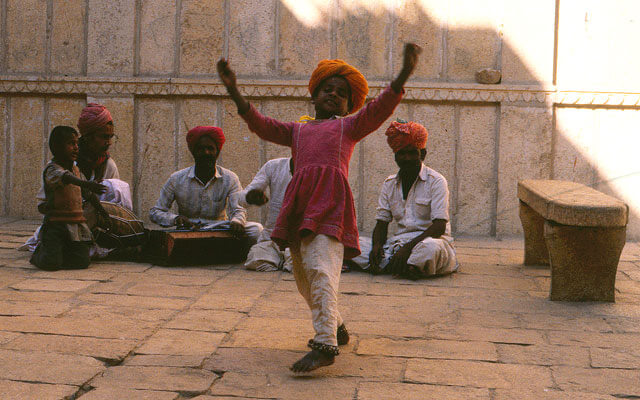 The folk dances of Rajasthan belong to the numerous regional/folk or desi dance styles, which are not affected by the Natyashastra tradition Sakari Viika

The classification of the Indian traditions into “classical” and “folk” forms is somewhat problematic. “Classical” tends to be an extremely value-laden adjective, which easily places the tradition in question above others. According to Indian terminology, the different types of theatrical traditions fall broadly into two basic categories, margi or classical (Natyshastra-related) and desi or folk/regional styles.

During the 20th century it became established (although not all agree with this) that six major schools of dance were defined as “classical” styles. They are bharatanatyam (originally from Tamil Nadu), manipuri (Manipur), kathak (a Persian-influenced, originally North Indian style), kathakali (Kerala), kuchipudi (Andhra Pradesh), and odissi (Orissa).

Proclaiming styles as classical has often had historical and political reasons. The manipuri style of the eastern state of Manipur on the slopes of the Himalayas, for example, was raised to a classical style by the Indian writer, winner of the Nobel Prize for Literature, Rabindranath Tagore. He “found” the tradition and adopted it in order for it to be taught at his own university.

Kathakali, from the state of Kerala, was chosen to be included in the classical traditions by the local nationalistic poet Vallathol, whereas the much older form, kutiyattam, has risen to international fame only recently when it was included in Unesco’s List of Outstanding Examples of the World’s Intangible Heritage. Thus it is clear that one should be cautious when using the term “classical” although, to simplify things, the term will also be used in this text occasionally.

In this overview the genres of Indian theatrical arts are grouped according to their performance types. Thus mimetic solo dances are grouped together, as well as popular forms of sung and/or spoken theatre, communal pilgrimage plays etc. The following, first section is, however, an exception. It deals with the performing arts of one particular state of India, that of Kerala. This is because Kerala has a long and uninterrupted theatrical tradition, which gives an exceptional opportunity to observe how archaic rituals, Natyashastra-related “classical” forms and more popular forms have evolved, and have further been transformed into new forms.