As mentioned already earlier, the Natyashastra regards the text as the basis of theatre. How the text is then employed and constructed varies greatly in different styles of theatre. It can be, for example, written as a drama script with dialogue combining prose and verse or it can be recited or sung by singers while the actors mainly mime the actions and reactions described in the text etc.

The plots of the plays are regularly supplied by the Puranas, or the mythological stories, and the great epics, the Mahabharata and the Ramayana, already described above. These corner stones of Indian thinking and imagery served the culture more or less similarly as the ancient Greek literature and mythology did in the Western world. They have been recycled and reinterpreted again and again for over two millennia. 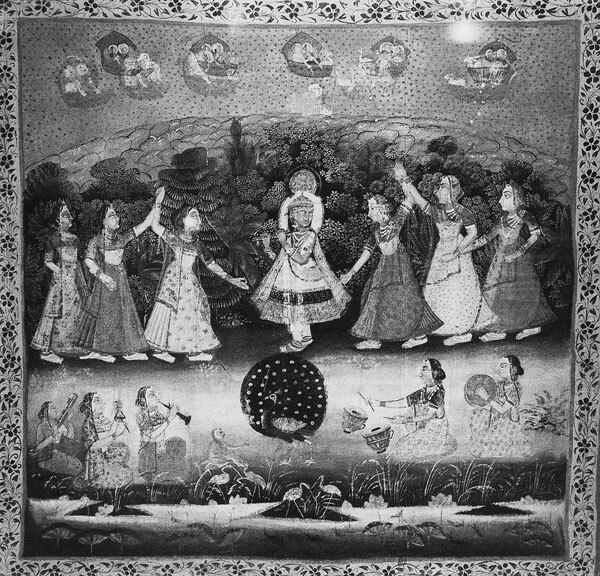 During medieval times a new literary genre became a popular subject particularly for lasya (soft, feminine) style narrative solo dance forms. It was the ecstatic bhakti poetry. Bhakti was, and still is, an extremely popular form of Hinduism in which the complicated rituals, yoga systems etc. are replaced by loving devotion towards a god which is seen as the personal lover of the devotee, a bhakti poet, and the dancer enacting a bhakti poem.

Among numerous poets it was the 12th century Jayadeva who was the definite trendsetter for the whole bhakti movement. His Song of the Dark Lord or Gita Govinda (also Geeta Govinda) has enjoyed phenomenal popularity and influenced all genres of bhakti art all over the subcontinent. 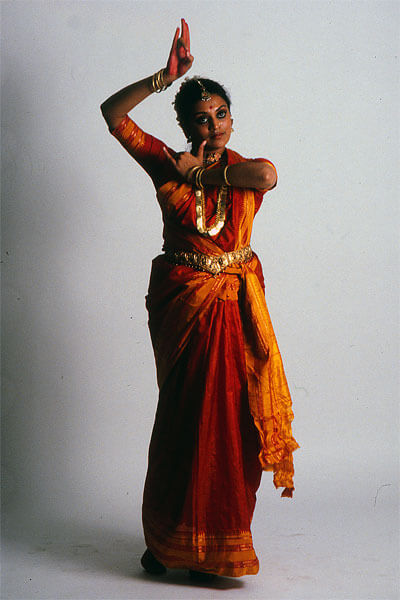 The most popular gods of the bhakti worship are Shiva and Krishna, the flute-playing dark, dancing youth who, in fact, is an avatar or incarnation of Lord Vishnu. Jayadeva wrote his poetic work, Gita Govinda, structured in 12 poems or cantos, in Sanskrit. It describes the passionate and stormy love life of Krishna and his main beloved, Radha. It is known that Jayadeva wrote it to be danced as a kind of offering to Lord Krishna.

Bhakti poems are most often simply sung while a solo dancer enacts the poem and assumes both the roles of the devotee and the beloved god. These abhinaya, or mimetic sections, often alternate with pure nrtta dances, as will be discussed later in connection with the famous lasya– style dance genres, such as baharatanatyam, mohiniattam, and orissi.

Bhakti poetry, however, also inspired actual drama literature, for example, in the case of the krishnanatam of Kerala. It also served as a vital source for popular forms of pilgrimage theatre, such as krishnalila and ramlila, both discussed later.