Regardless of Sri Lanka’s political turmoil and continuous civil war, some forms of performing arts are widely practised even today. The gradual secularisation of Kandyan dances, first when they were added to the annual Kandy Perahera procession in 1916, and later in the 1950s when they were, in standardised form, added to the curricula of schools and art institutions, has ensured the status of Kandyan dances as an important part of the country’s national heritage. 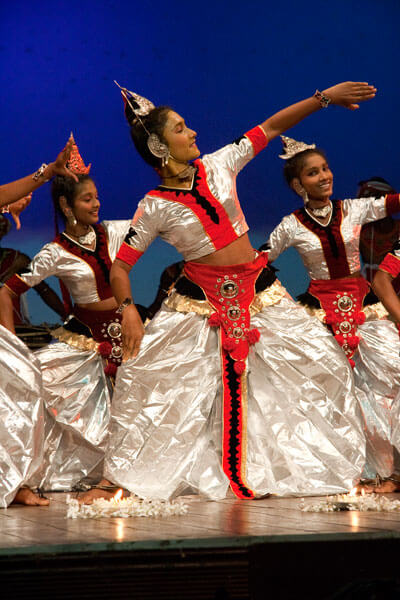 The Kandyan dances form the basis for a revived and modern repertoire for female dancers Jukka O. Miettinen

Nowadays the Kandyan dance technique is also taught to female dancers, though only in an adapted form. According to visual sources, such as the temple relief discussed at the beginning of this Sri Lanka section, it seems that the female dance tradition was abandoned only in the late Kandyan period. Thus the revival of female dances seems, indeed, a very natural phenomenon.

Since 1970s Kandyan dances were adapted for the modern stage, first by the choreographer Chitrasena Dias and later by several other choreographers. More recently many dancer-choreographers have used Sri Lankan techniques as a basis for contemporary creations. 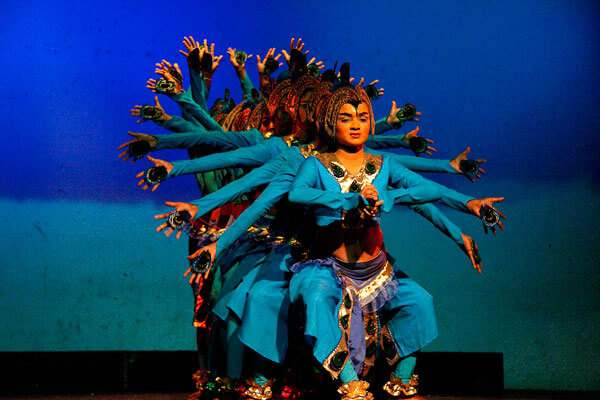 Several of the village rituals are still practised, among them sanni and kolam. Their stock numbers have also been adapted for the modern stage. Although much has been done to keep the dance traditions alive, the fate of the marionette theatre seems grim at the moment, since only a handful of puppeteer families are striving to keep it alive.