In Thailand, as in many other Asian countries, the arts of dancing and acting are regarded as a kind of spiritual activity. Pupils studying and performing khon and lahkon dance-dramas are expected to show deep gratitude to their teachers or gurus, who through successive generations give them an opportunity to learn the art of dance with its semi-divine origin. This devotional reverence that pupils show to their gurus is manifested in Thailand still today in the wai kru ceremony. 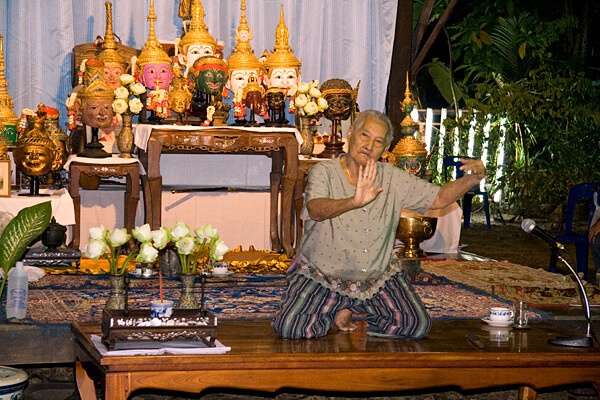 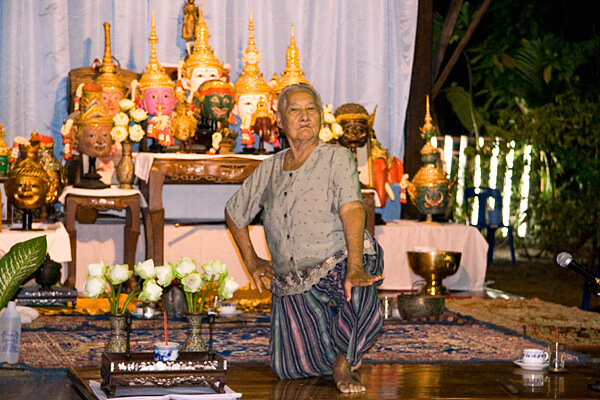 The annual wai kru or ”Paying Homage to the Teacher” ceremony of the dancers and traditional musicians always falls on a Thursday, which is regarded as Teacher’s Day in Thailand. In this very complex ceremony, which bears clear ancient Brahmanic features, the students and the junior teachers recall with gratitude the benefits they have received from their gurus. The ceremony often functions as an initiation ritual for young dancers who have shown that they can master certain series of movements and are thus considered competent to appear on the stage in minor roles.

An altar for the Buddha and another multi-step altar are first constructed. Khon and lakhon paraphernalia and masks, among them the mask of the Rishi Barotmuni, are then placed on the latter altar. In fact, the Rishi Barotmuni mask represents Bharatamuni, the mythical author of the Indian dance manual Natyashastra, who is still regarded in modern Thailand as the founder of the art of dance. Offerings are made and master guru or gurus perform the dance offering in front of the altar, after which the younger dancers perform their dances. During the ceremony holy water is sprinkled by the senior teacher on each pupil, whose brow they anoint with blessed strands of cotton.