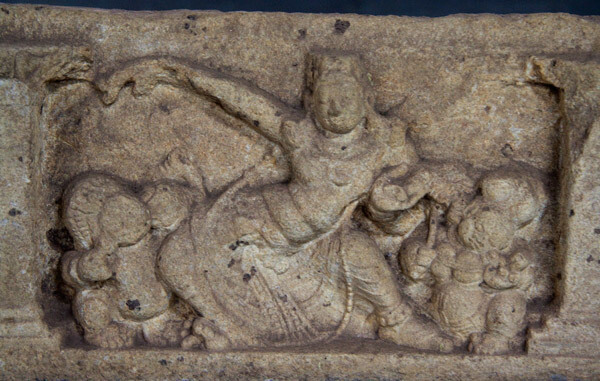 As is often the case in Asia, the early existing textual and visual sources concerning theatre and dance in Sri Lanka also mainly deal with the traditions, which were related to the upper classes of society. The writing of inscriptions and chronicles, as well as the carving of stone reliefs, were done mainly by order of the court or the established religious institutions. Thus these sources mostly give information about the traditions of the ruling classes, not of those of the ordinary rural people.

In general, one can say that, because of its vicinity, the influence of Hindu South India has been strong in Sri Lanka. It can still be recognised in many of the musical instruments as well as in the technique and the aesthetics of some of the Sri Lankan dances. 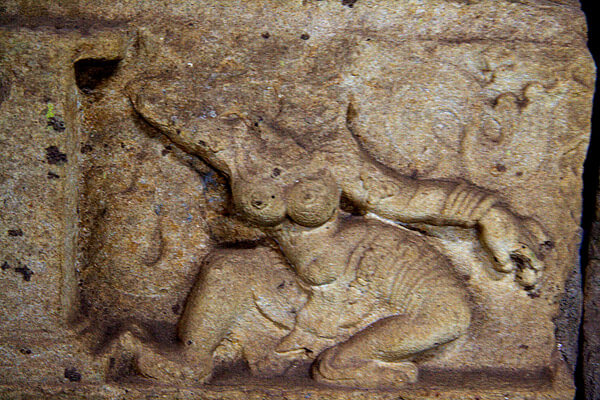 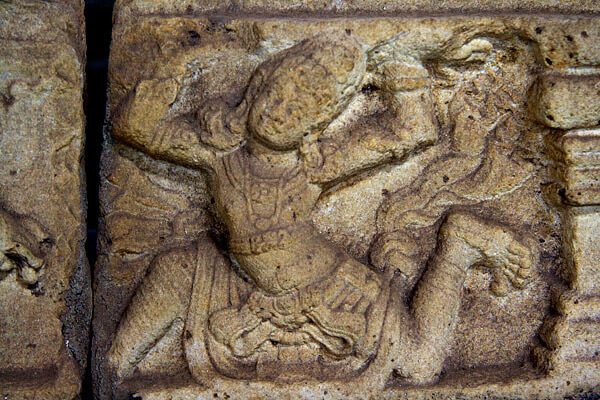 Even an inscription from the period before our era mentions forms of theatrical arts. Later, the famous Mahavamsa (Great Chronicle), which covers Sri Lanka’s early history until the 4th century AD, mentions dance in both the court and the temple contexts.

The Culavamsa (Lesser Chronicle) widens its scope to include the golden age of the Polonnaruwa period during the rule of King Parakramabahu (1153–1186). According to the Chronicle, the king himself was an accomplished dancer and he employed hundreds of dancers at his court. The tradition of large groups of female dancers seems to have been popular.

The religious rites in various temples, both Hindu and Buddhist, involved ceremonial dances, often dedicated to the bodhi tree or the Tooth Relic. The most important ceremonies were, and still are, the Peraheras, which were organised around the island in the summer months.

The grandest of them now is the Kandy Perahera, organised annually in the former capital of Kandy in order to venerate the sacred Tooth Relic, during which the relic is carried around the city in a spectacular procession of elephants, musicians and dancers.

From the 15th century onwards poetry gives more detailed information about various forms of dance and theatre. In Hindu temples dances were performed in specific dance halls by temple dancers in much the same way as in contemporary South India.

During the Kandy period (1592–1815) royal patronage was given to both temple and court performers. Several institutions were established for music, dance and theatrical arts. A new wave of external influences arrived from India and Europe. The former includes folk theatre forms, such as nadagama, and the latter pasku, or the Roman Catholic Passion Play.