Sri Lanka has several still extant traditions of dance and theatre. The most archaic of them are some of the folk rituals, particularly exorcism ceremonies, that aim to propitiate various evil spirits. These forms include, among others, tovil and sanni. Characteristic of most of the folk rituals is the use of colourful masks. Sanni, for example, has created a complicated masks system with dozens of different types of mask.

One of the forms of the mask theatres, kolam, has evolved towards folk theatre with loosely constructed plots and entertaining stock numbers. Formerly there were also other forms of folk theatre, such as nadagama and nurthi, both originally derived from India. They are now both extinct but during their heyday in the early 20th century they influenced the style and repertoire of Sri Lanka’s marionette theatre, rukada. 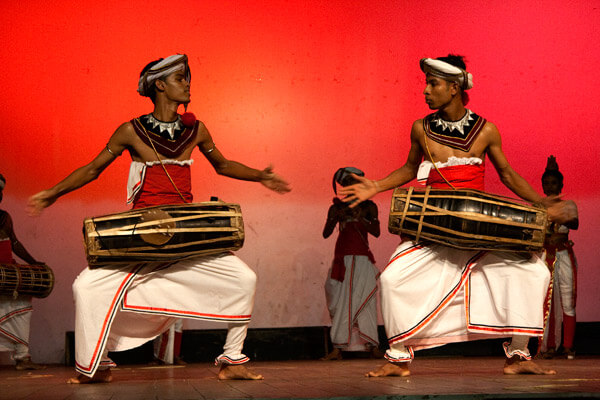 Most of the Sri Lankan theatre forms are accompanied by drums Jukka O. Miettinen 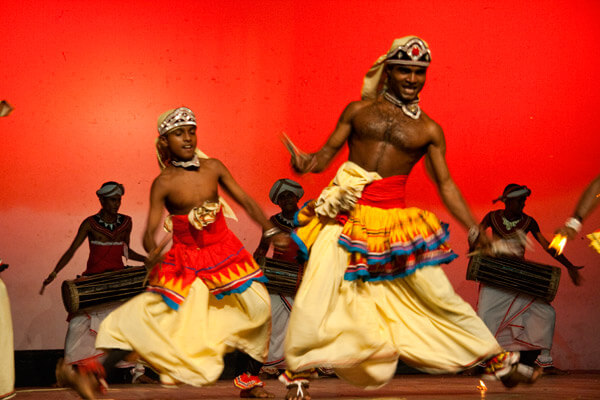 The drummers often participate in the dance Jukka O. Miettinen 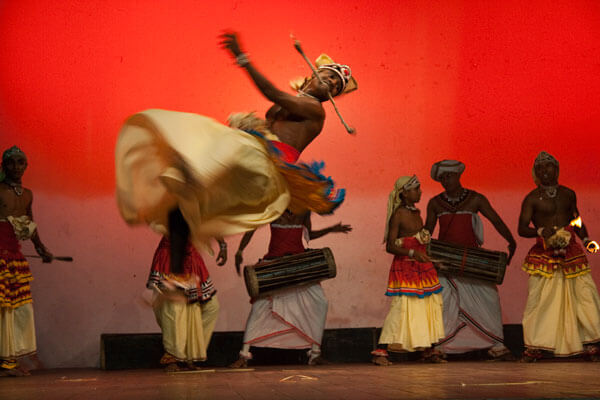 Acrobatics, such as whirling and jumping, form an integral part of many dances Jukka O. Miettinen 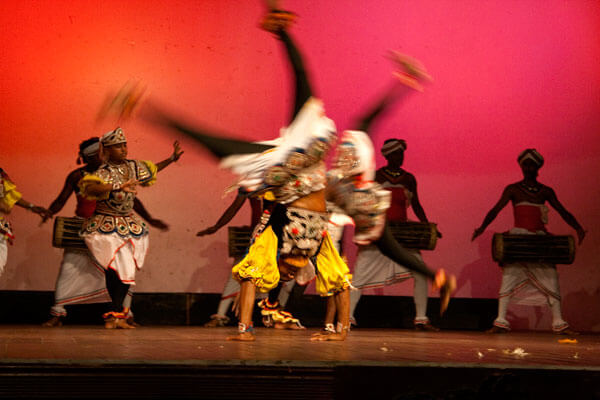 Acrobatics, such as whirling and jumping, form an integral part of many dances Jukka O. Miettinen

As in most Asian traditions, in Sri Lanka, too, almost all of the theatrical traditions are dancing that is performed. Thus dance and theatre are inseparable from each other. The accompanying music is provided mainly by drums and other percussion instruments, and often the dancers themselves play instruments while dancing. Thus music and dance are also very closely related to each other.

In fact, there is also a third category, the so-called “mid-country” (sabaragamu natum) tradition, which blends elements from the other two categories. All these traditions share a more or less common religious and mythological background, while they differ in their dance techniques and in the accompanying drum music. 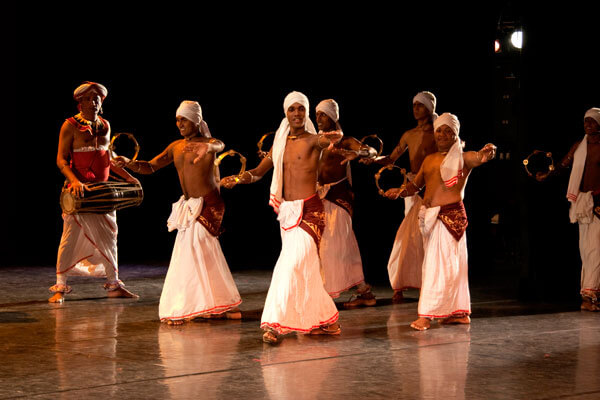 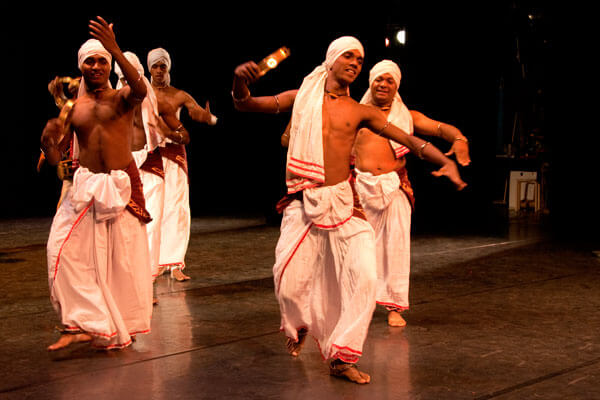 In Sri Lanka the musicians participate in dances, while the dancers themselves often play instruments Jukka O. Miettinen 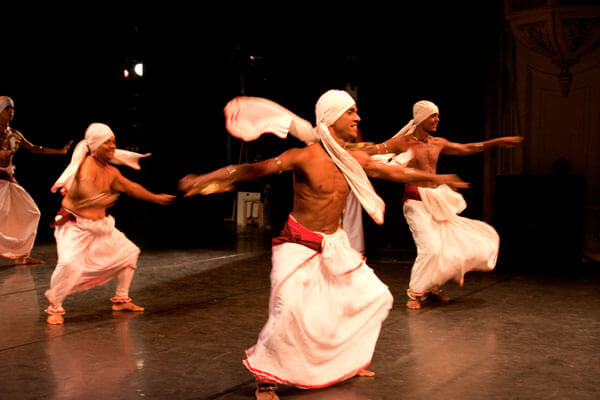 A characteristic feature of Sri Lankan types of performance are the various processions connected to religious festivities. Both the dancers and dancing drummers perform while they move on the streets or in the temple yard. The processions include often acrobatics.