Laos received most of its court-related “classical” theatre traditions from its more powerful neighbours, first from the Khmers and later from the Thais. One indigenous feature is a reed organ called khen, the national instrument of Laos, which is used to accompany a type of troubadour singing. This style is known as mohlam, and it developed from an old solo form into a duet, where male and female singers present love songs to a khen accompaniment.

There are three types of khen: the six-hole, the 14-hole, and the 16-hole instrument. A khen can be regarded as sacred and it can receive blessings and offerings. The warm sound of the khen supports and elaborates the ornamentation of the lam singing style, which focuses on verbally elaborate verses.

The stories conveyed by this type of music are often love stories, but mohlam has also been a way to spread news around the villages. It may have its roots in animistic spirit belief as is indicated by its hypnotic quality, which seems to easily lead the listener, and perhaps the performers too, into a trance-like state. The mohlam or ‘courts of love’ folk songs are still extremely popular in Laos, and also among Lao speakers in neighbouring countries. 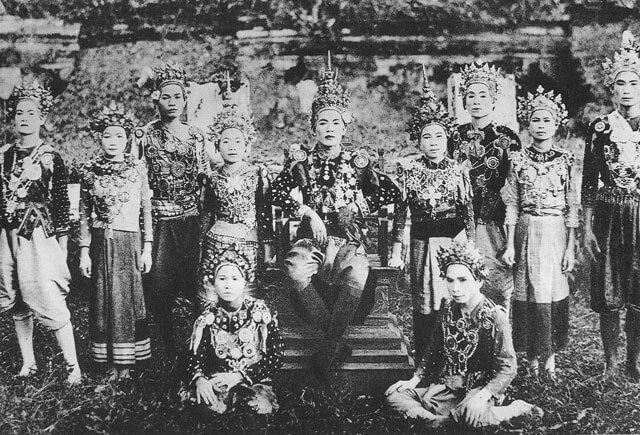 Mohlam luong or “story mohlam” is a form of sung drama specialising in local historical or legendary stories. It is performed in commercial theatres around the country. It came about in the early years of the twentieth century, when the Thai likay “folk opera” was introduced into Laos.

The mohlam luong performances originally followed the likay model, but in later years the thriving indigenous mohlam tradition began to dominate. The costumes and stories of this hybrid form of folk theatre may still reflect Thai influences, but the music, both the intricate singing and its accompaniment, are clearly part of the Lao arts.