Like its Theravada Buddhist neighbours, Thailand, Myanmar, and Cambodia, Laos also has its own version of the originally Indian epic Ramayana. In fact, there exist two versions of it, Khvay Thurapi and the better-known Phra Lak Phra Lam. The title of the latter combines the names of the two epic heroes, Laksmana (Pha Lak) and Rama (Pha Lam).

It is believed that the Ramayana was gradually adopted through the Khmers and through Siam. It was quickly localised in verse form similar to the Buddhist Jataka stories. It is only loosely based on the Ramayana and there are several emphases not found, for example, in the Thai version of the epic, the Ramakien. 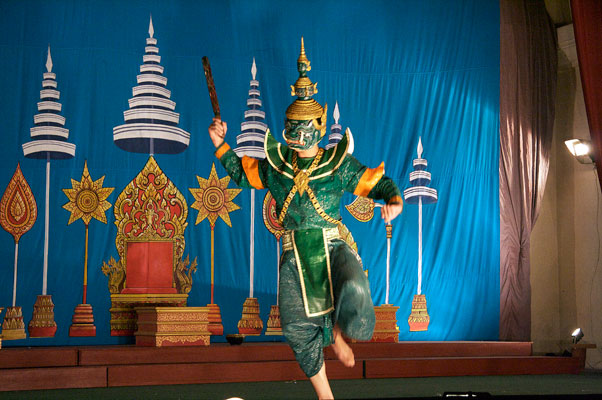 In the Lao version, the role of Ravana (Raphanasuan) is more dominating than the roles of the main heroes, Rama or Phra Lam, and the magic monkey Hanuman assumes a human form at the end of the epic. As often in the localisation process of literary works, the Phra Lak Phra Ram has also been given a local flavour by means of setting it in the Lao milieu.