Vietnam also has its own tradition of puppet theatre, mua roi nuroc (puppets that dance on water). It is an old and rare North Vietnamese form of puppet theatre, and it has actively been revived since the 1980s. In a number of small villages near Hanoi water puppet theatre is still performed at certain festivities, as it has been in times past. 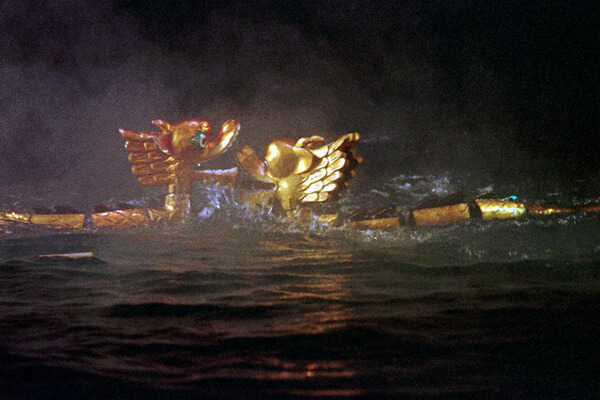 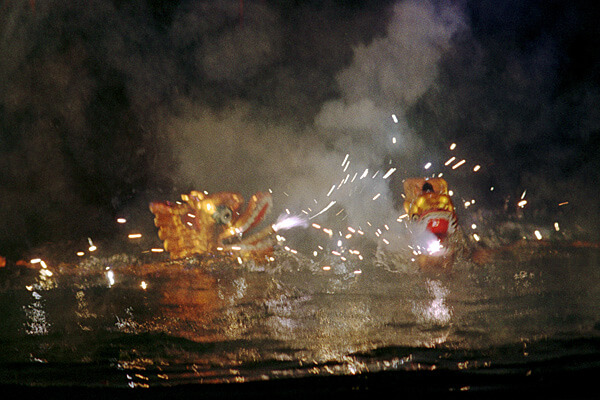 The puppeteers, originally ordinary villagers, manipulate 30- to 40-centimetre-high puppets while standing in water. The performances were usually arranged at the village ponds, typical features of Vietnamese villages. Above the water was constructed a temporary structure, from which a bamboo curtain hung to shield the puppeteers from the audience sitting on the banks of the pond. (Only one permanent stone structure is known to exist.) 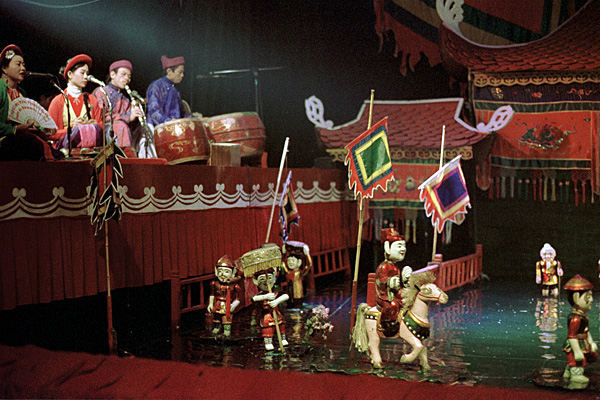 A young scholar returns from his successful exams in a procession back to his hometown, a grandiose scene with musicians and singers in the background Jukka O. Miettinen

The puppets, made of wood and lacquered, are manipulated with rods hidden under the water. Complicated mechanisms make it possible to move the puppets’ limbs and even to make a puppet smoke a cigarette. A small orchestra accompanied the narrators who recited the story and the necessary lines. The repertoire, varying from village to village, consisted, as it still does, of standard scenes, partly dealing with Vietnamese history, classics and, more often, of domestic affairs.

A performance usually begins with a dance of the dragons and a show of fireworks, after which Teu, the stock clown, makes his entrance, being followed by special animal scenes in which horses, frogs, turtles, and mythological creatures are introduced. Ploughing with water buffaloes, fishing scenes, and other everyday activities are also enacted. The most dramatic scenes are those of Vietnamese history, such as famous sea battles. 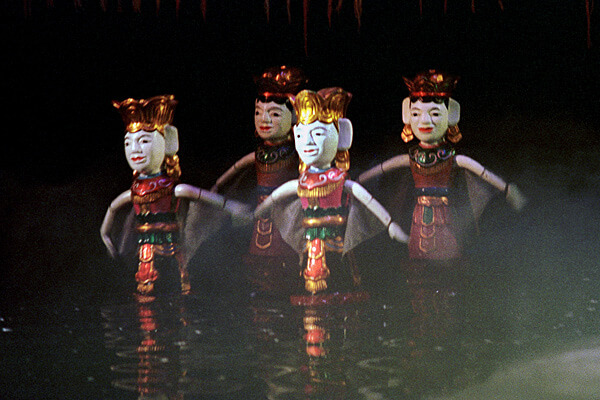 It was formerly believed that water puppet theatre came to Vietnam from China, where early literary references to a similar art form exist. At present, experts believe that the Chinese adopted water puppetry from the Vietnamese, where the tradition is believed to have evolved in the 11th century.

In the 1970s, water puppetry performances were organized in only a few villages, but partly because of the interest of the foreign community in Hanoi, a project was launched by Western countries and cultural institutes to document and propagate this unique tradition. Now commercial performances are staged daily in several theatres in Hanoi and Saigon. 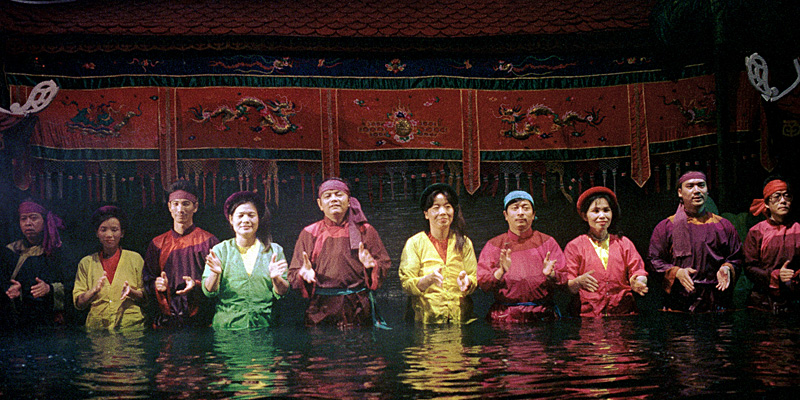 The commercial performances are performed in theatre houses in a rubber pond that is some 5 by 5 meters. The performances are accompanied by a traditional North Vietnamese orchestra with singers. The repertory still consists of the short standard scenes described above. Water puppet troupes regularly tour abroad, making this unique art form known around the world.