As has been seen, the early pioneers of “modern” Indian dance and dance-drama were, to a great extent, busy in adapting the Indian traditions to basically Western stage aesthetics, dominated by the proscenium stage, the stage décor and modern lighting. The old art forms were removed from their originally religious context to that of theatre.

While this took place, the original religious-philosophical content of the traditional performing arts was replaced by a new kind of concept of “spirituality” or “mysticism” reflecting two international trends, that of theosophical thinking, so popular both in the West and in India, as well as the yearning for everything “Eastern” and “Exotic”, dominating the Orientalistic movement around the Western world.

On the practical level, the new productions were created by the modern pioneers themselves, who were familiar with the Western trends. Many of them, as well as many of their followers, aimed to create dance-dramas. Thus many dance-dramas based on bharatanatyam, kathak, Manipuri etc. technique came into being.

The artist who took a step towards a more modern concept of dance in India was Chandralekha (1928–2006). She was born in Gujarat and, after a short period of studying law, she started her studies in southern Indian classical dance. 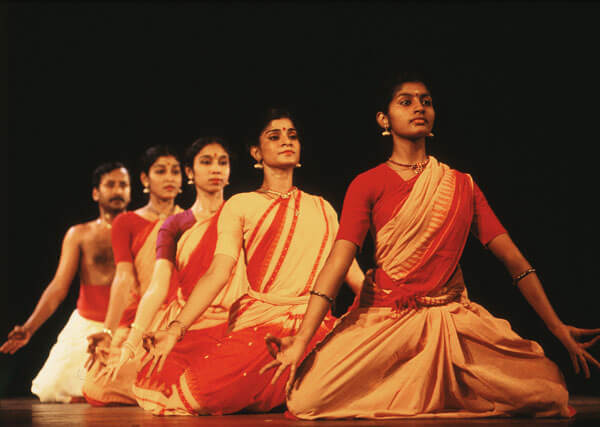 In her many works, such as Angika, Lilavati, Prana, Sri Yantra, Raga, Sloka etc., she fused the techniques bharatanatyam, kathakali, kalaripayatty, and even yoga. She did not merely borrow their movement materials and qualities but, indeed, was able to “deconstruct” Indian dance to its basics and to create something totally new. 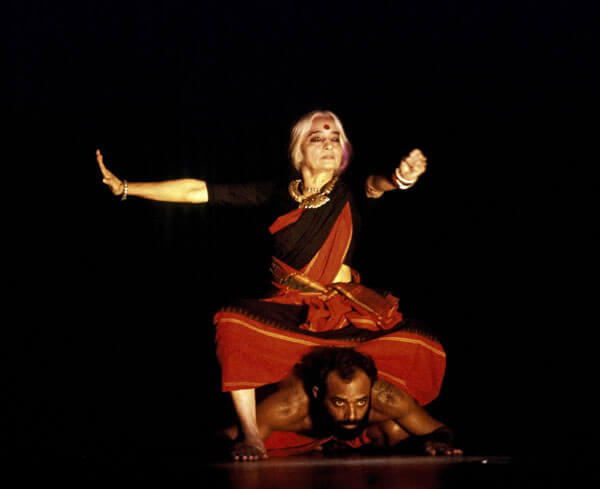 Chandralekha in her own choreography Sakari Viika

She was critical of traditional Indian society and the clichés of things Indian. She was a crusader of equality, women’s rights and human rights in general. She removed Indian dance from its religious context and proclaimed that her art was simply a “celebration of the human body”.

Simply because of the enormous proportions of the country and its population it is impossible at the moment to get a coherent overall view of the present trends in theatre and dance in India.

In the field of spoken drama, most of India’s numerous language regions have had their own circumstances, trends and developments. The same is also the case in the field of traditional arts. Many forms, as has been seen above, have had their processes of revival. Many of them are now seriously studied and performed in their historical contexts while, at the same time, they also provide indigenous Indian material for new creations for numerous artists working in both India and the West.