The man who is regarded as being the first dancer to introduce the West to the “real” Indian dance tradition was Ram Gopal (1917–2003). In fact, his creations were only based on real Indian dance techniques, such as kathakali, bharatanatyam, and kathak, while the dance numbers themselves were mostly his own creations. 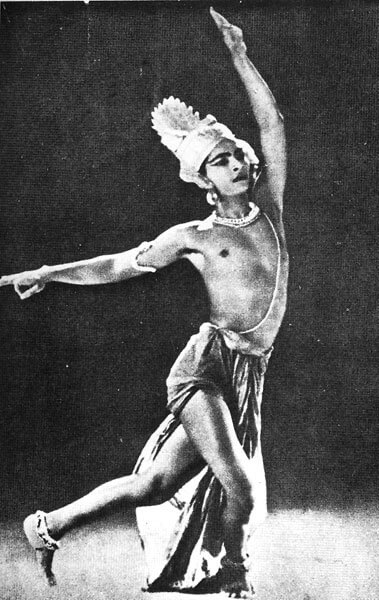 Nonetheless, Ram Gopal was a remarkable dancer. He toured the world with his own company, for which he created short spectacular pieces. While they were based on Indian techniques he stripped them, at the same time, of their original costuming and make-up and gave them the fashionable “orientalistic” outlook, so popular in the West and by that time in India too.