A genre of martial arts which is usually called pentjak silat has been practised all over the Malay world and the Indonesian archipelago. Its history is believed to be over one thousand years old. Its roots may lead to Sumatra, although it also clearly reflects Indian and Chinese influences. It includes forms in which various weapons are used, but it is often practised with bare hands, without weapons.

Its technique is characterised by an extreme open-leg position, which makes it possible to lower oneself and to move the weight of the body from side to side. The silat technique aims at extreme elasticity of the body and the limbs, especially the hands and fingers. Silat may also be performed as a form of dance, and in recent decades several dancers and choreographers have used it as material for their contemporary creations. 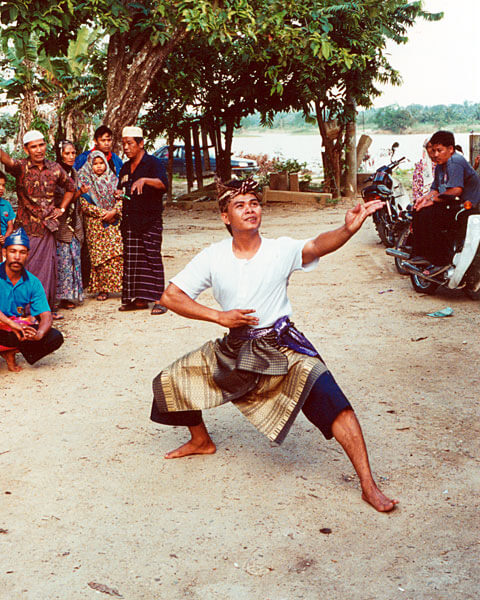