The Lao court at Luang Prabang is believed to have adopted its classical court culture from the Khmers in the mid-fourteenth century. The small court was probably unable to afford large choruses of dancers, and the Khmer tradition was accordingly adapted to a smaller scale. Increasing Thai hegemony spread the Thai dance and drama tradition to Cambodia and Laos, and the rituals and entertainment of the small Lao courts were modelled much along Thai lines. 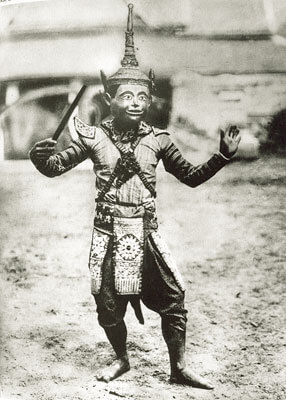 Entrance of Sita and Laksmana in a performance by the Royal Ballet Theatre of Luang Prabang Jukka O. Miettinen 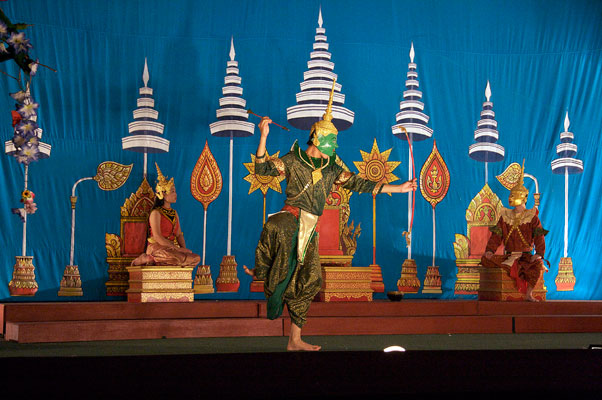 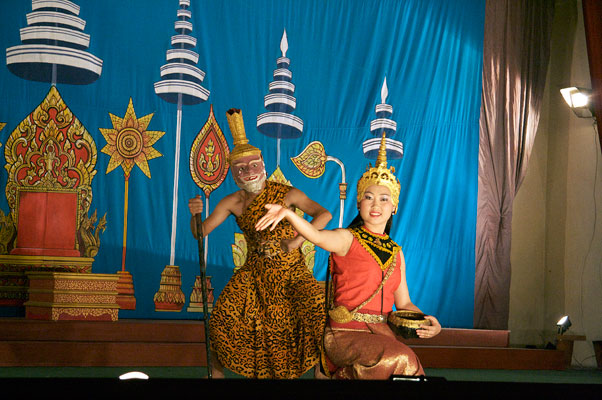 Ravana approaches Sita in the disguise of a hermit Jukka O. Miettinen

There are, however, clear differences between these forms. In the Lao version the main heroes, Phra Lak and Phra Lam, also wear papier maché masks, whereas in the Thai and Cambodian versions they have been dancing without masks for over a century. The old court masks are on display at the National Museum in the old Royal Palace.

Like the epic itself, its staged version also has many local features. The costumes are Lao in spirit, as is the music. Among other aspects of the court culture, the music was also influenced by Siamese models. Thus a Thai phipad orchestra also accompanies Phra Lak Phra Lam although the text is sung in Lao, and local instruments, such as the mouth organ, khen, may be added to the orchestra.