Tolpavakoothu, The Ramayana of Shadows 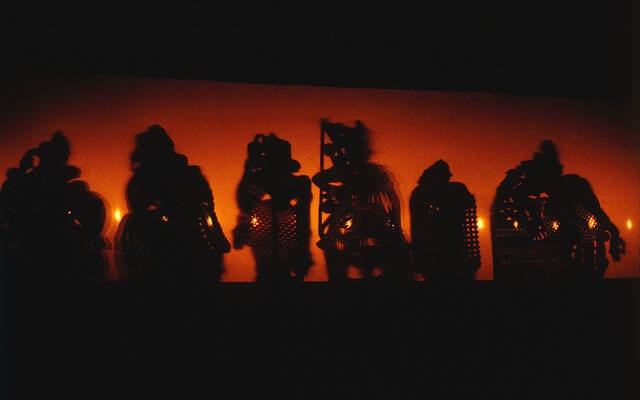 With its large screen and several puppeteers tolpavakoothu is an exceptionally grandiose form of shadow theatre Jukka O. Miettinen

Tolpavakoothu (tol, leather; pava, puppet; koothu, play) is a shadow theatre tradition on a grand scale performed for Goddess Devi in the temples of Central Kerala. The performance may take three weeks to be fully executed. The puppets, cut from softened deerskin, are some 20–30 centimetres high, and they are operated behind a wide screen by several puppeteers. The language of the performance is mainly Tamil.

History and the Text 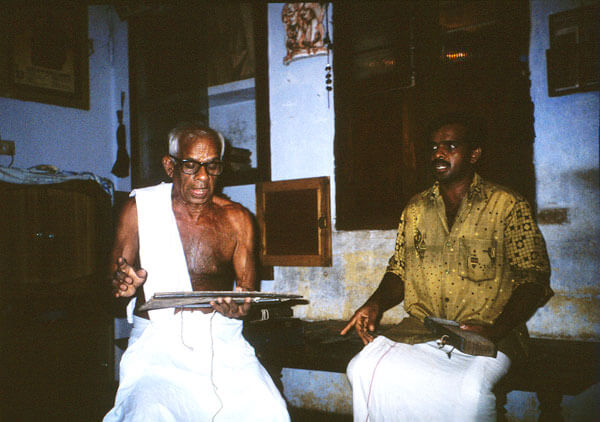 The text used in tolpavakoothu is based on the famous Tamil version of the Ramayana, the Kambaramayana. It is believed that the Kambaramayana was chosen as the text of the tolpavakoothu tradition some 800 years ago. The text is in Tamil, although some lines in Sanskrit have been added. The actual performance also allows improvisation. The ancient palm leaf manuscripts of the script are treasured by tolpavakoothu families. At the moment there are only some 30 tolpavakoothu artists left in Kerala. 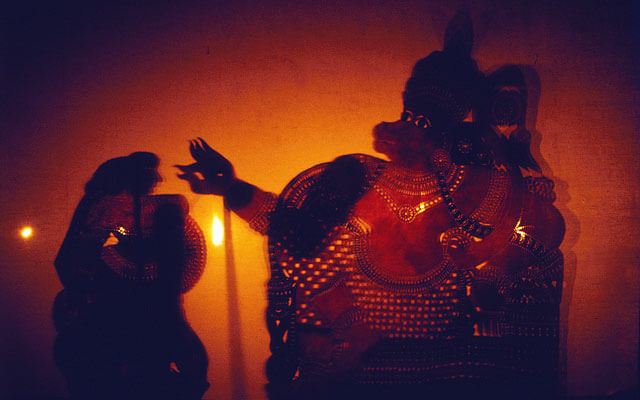 Tolpavakoothu forms an integral part of the annual festivals dedicated to Goddess Devi. It is performed in the temple precincts in permanent stage structures (koothu madam). The performance is intended to propitiate the Goddess and the performance is regarded as a form of worship.

Long, complicated rituals precede the actual play. The sacred flame is carried from the temple sanctum in order to light an oil lamp on the stage. The screen cloth is hung on the stage and 21 oil lamps are lit from the sacred flame. Drumming announces that the performance is about to begin. It is followed by prayers and the sanctifying of the stage, after which a shadow figure of the elephant-headed God Ganesha is placed on the screen.

Finally the actual play starts. In older times the entire story of the Ramayana, from Rama’s birth to his coronation, was shown during 41 nights. Now selected scenes form a series of performances, lasting some 20 days.